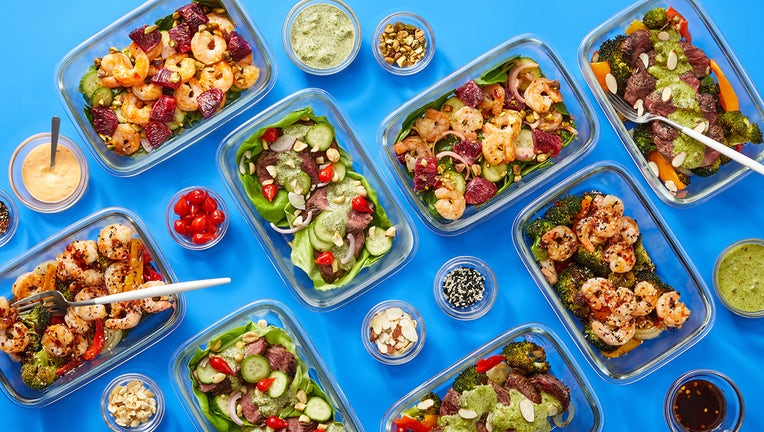 NEW YORK (AP) - Blue Apron, the online seller of meal kits, said it may put itself up for sale.

The struggling company, which pioneered the meal-kit craze in the U.S., has faced tough competition from online rivals that also ship boxes of raw meat, fish and vegetables to doorsteps. Grocers, including Kroger and Walmart, have also been selling their own ready-to-cook kits in stores.

New York-based Blue Apron said it is also considering merging with another company or selling parts of its business.

Shares of Blue Apron Holdings Inc. fell 22% to $3.40 Wednesday morning. Its stock is down about 85% in the last year.

Blue Apron has launched meals for dieters to try and boost sales, partnering with WW, the company formerly known as Weight Watchers.

To cut costs, Blue Apron said it will close a facility where its kits are packed and shipped in Arlington, Texas, cutting about 240 jobs. Its facilities in Linden, New Jersey, and Richmond, California, will remain open.

Blue Apron has seen its valuation dwindle since it became a public company. It was worth nearly $2 billion after its initial public offering in 2017. On Wednesday, the company was valued at about $58 million.