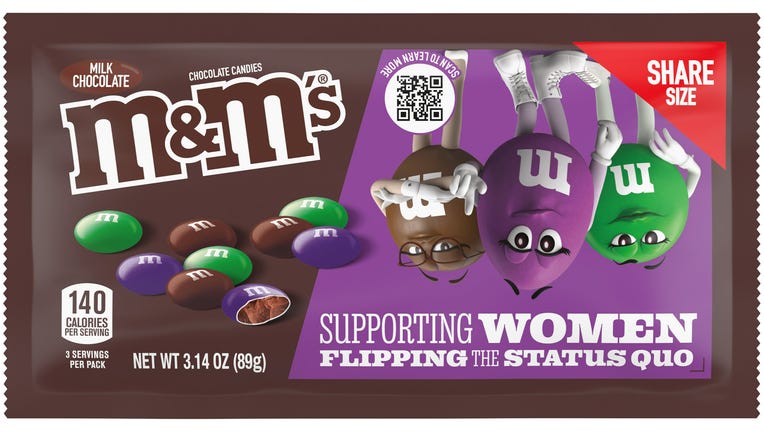 The all-female, limited-edition packs will feature the three female characters - Purple, Brown and Green – on the packs, with purple, brown, and green candies within, M&M said. (Credit: Provided / M&M)

M&M’s creator Mars will release "all-female" M&M’s candy packages for a limited time to honor women who are "flipping the status quo."

In addition to featuring the three female M&M’s on the wrappers, each package in this limited run will only include the corresponding green, brown and purple candy-coated chocolates.

The packages will feature the female M&M’s flipped upside-down to represent how women "are flipping how they define success," according to PR Newswire.

The series will come in milk chocolate, peanut and peanut butter varieties. 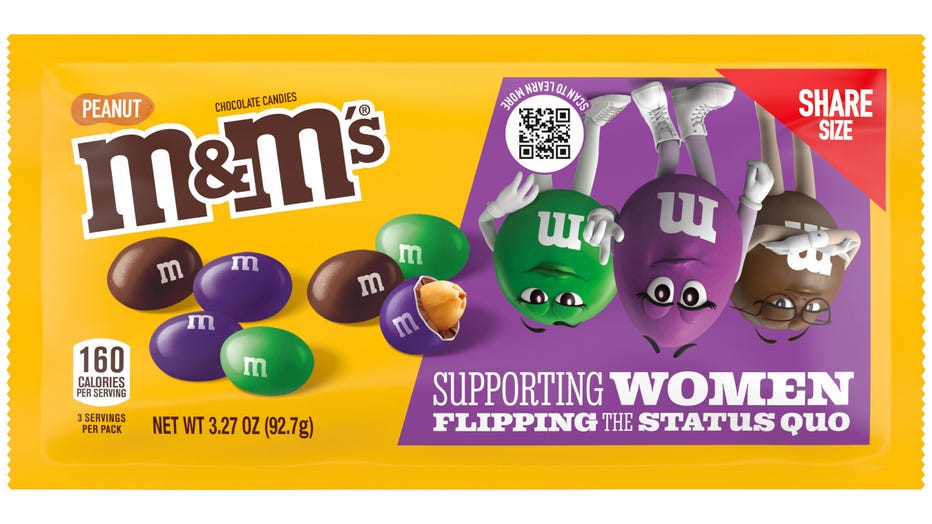 This move is the latest in a series of marketing moves M&M’s has made to promote inclusivity. Its previous announcement involved the introduction of the purple female M&M who represents body positivity and self-acceptance.

Early in 2022, Mars announced it would alter its mascots to "reflect the more dynamic, progressive world that we live in," saying the "refreshed M&M’S brand will include a more modern take on the looks of our beloved characters."

In 2017, the company also announced it would be "spending a billion dollars through the next few years to reduce their carbon footprint."

"Women all over the world are flipping how they define success and happiness while challenging the status quo, so we’re thrilled to be able to recognize and celebrate them," she said. "And who better to help us on that mission than our own powerhouse spokescandies Green, Brown and Purple?"

Two accomplished engineers aboard the International Space Station are about to secure an astronomical achievement for women.

In addition, M&M’s announced its plan to donate $1 for every one of these packages purchased — up to $500,000 to two nonprofit organizations that support women in the music industry: "She Is The Music" and "We Are Moving the Needle."

The brand will also donate $300,000 to other female-supporting nonprofits which, it stated, are "flipping the status quo."

Mars said these "all-female" M&M’s will be available starting this month.