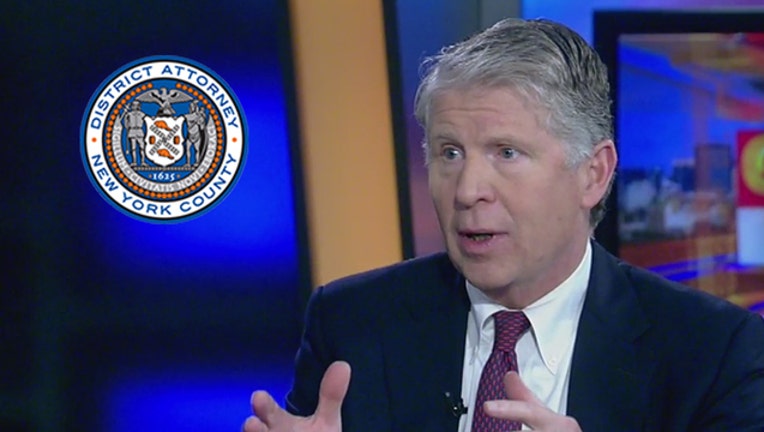 NEW YORK (AP) — Manhattan's district attorney said Monday he will no longer accept campaign contributions from lawyers with business before his office, including those representing people being investigated or prosecuted.

The announcement by Cyrus R. Vance Jr. came after he faced heavy criticism for taking money from attorneys who represented movie mogul Harvey Weinstein and a lawyer who represented the Trump Organization in a fraud investigation. In response, Vance had asked the Center for the Advancement of Public Integrity at Columbia Law School to make recommendations for how to vet donors to eliminate potential bias.

A center report released Monday calls for sitting district attorneys across the state to voluntarily adopt a "strict cap" of $320 for donations from lawyers appearing before prosecutors' offices and $3,850 for their law partners for each election cycle. It also recommends adopting "blind fundraising" that would keep the names of donors secret from candidates.

Vance said his campaign "will meet and exceed these recommendations" by barring any donations from lawyers with any type of business before his office. He also said he would cap donations from their law partners and apply blind fundraising.

The report stops short of recommending a complete ban, saying "there are many legitimate reasons for criminal defense lawyers and others who do business with the DA's office to contribute to the DA's campaign that have nothing to do with the pursuit of undue influence." Lawyers "may donate to a district attorney candidate because they genuinely support the candidate and his or her policies," it says.

Vance's donor list had included a lawyer hired by Weinstein in 2015 to successfully fend off an allegation that the Hollywood studio boss molested a 22-year-old Italian model during a business meeting. The lawyer contributed nearly $26,000 to Vance, most of it before he was hired by Weinstein, who has denied any non-consensual sexual contact with any women.

Last year, Vance returned a $32,000 campaign contribution from a lawyer who represented the Trump Organization in a fraud investigation that the district attorney ultimately decided to close in 2012 for lack of evidence.