The future of building homes

NEW YORK - A robot is creating a 3-D miniature of what may be the future of homebuilding.  It's part of a concept called TERA.

Manhattan-based AI SpaceFactory is an architectural studio that is designing the habitats of tomorrow, both for Earth and space.

Co-founder and CEO David Malott says, "Most buildings, especially when you talk about 3D printing, they're made out of concrete. Concrete is not a recyclable material. You use it once and then when the building is demolished all that material goes to waste."

Instead, the company uses recyclable biopolymers to they can 3D prison it and when the building is no longer needed it can be recycled and printed again.

Their vision looks somewhat like an egg.  It is a two-level structure that has about 500 square feet of space inside.  The exterior is made up of renewable and sustainable materials developed from crops like corn and sugar cane. 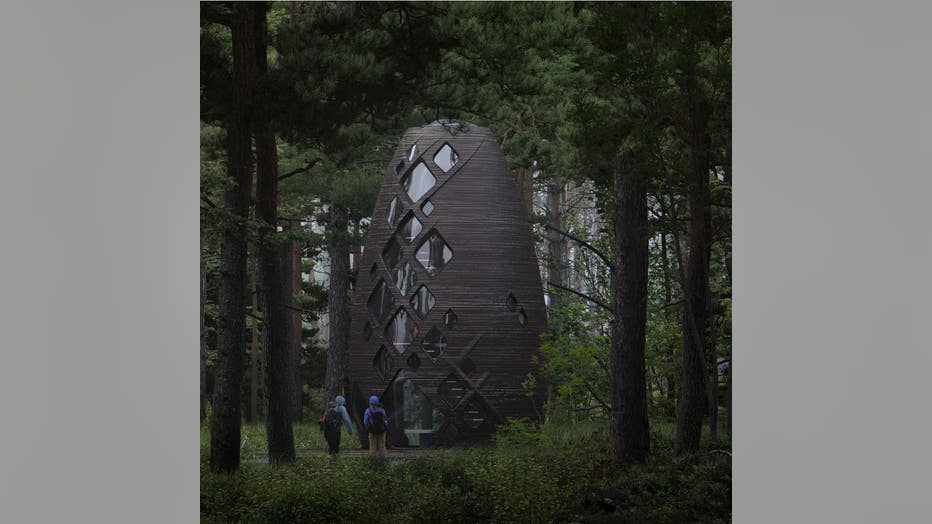 The eco-friendly ideals continue on the interior.  In fact, a TERA home is under construction in Garrison, New York.

"Focusing first on environmentally sensitive areas, hard to get to locations, extreme environments, places that are very difficult to build in," Malott says.  "You're working with nature, you're building off of it and I think that's why the design might remind people of things like treehouses."

Malott and his team were recognized by NASA for their innovating thinking.  AI SpaceFactory won the top prize in NASA's 3D Printed Habitat Challenge in 2019 for its prototype called Marsha.  It was conceived as a sustainable home on Mars.

"Think about making life multi-planetary and to enable us to be able to live on another planet," Malott says.  "Multiplanetary means we need to be able to live on Earth as well and the way that we're building now is not sustainable and we have to radically re-think how we're doing things if we want to survive long term on this planet."

The company is beginning a multi-year pilot program to build TERAs in locations across the globe.