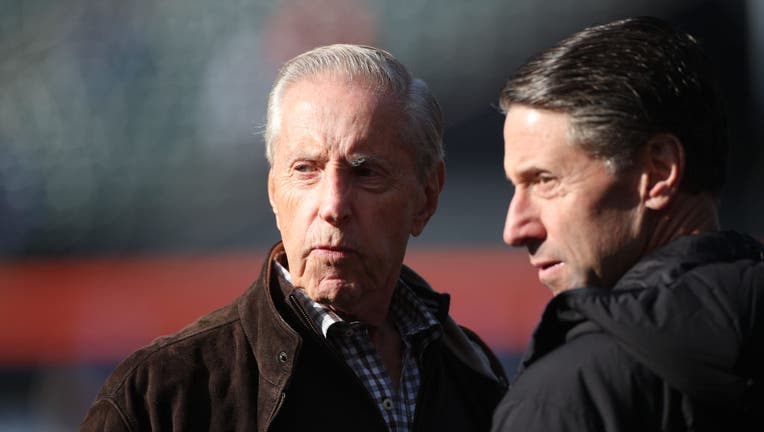 ORLANDO, Fla. (AP) — Baseball Commissioner Rob Manfred says talks have ended over the proposed sale of a controlling share of the New York Mets from the families of Fred Wilpon and Saul Katz to hedge fund manager Steven Cohen.

The Mets said Dec. 4 that the contemplated deal between Sterling Partners and Cohen would allow 83-year-old Fred Wilpon to remain as controlling owner and chief executive officer for five years.

“There is not going to be a transaction,” Manfred said at the end of an owners' meeting. “I can tell you, and it's based on conversations with the buyer and the seller on an ongoing basis, the assertion that the transaction fell apart because of something the Wilpons did is completely and utterly unfair.”

Cohen bought an 8% limited partnership stake in 2012 for $40 million. The deal under discussion would have seen him acquire an 80% controlling share in a transaction that values the team at $2.6 billion.

Wilpon repeatedly declined comment at the MLB meetings this week.

Cohen, 63, first bought into the Mets in 2012 when the team sought $20 million minority investment stakes following the collapse of Bernard Madoff's Ponzi scheme, which cost the Wilpons and their companies large amounts.

Cohen is CEO and president of Point72 Asset Management.

Doubleday & Co., a publisher, bought the Mets in 1980 from the family of founding owner Joan Payson for $21.1 million, with the company owning 95 percent of the team and Wilpon controlling 5 percent.

When Doubleday & Co. was sold to the media company Bertelsmann AG in 1986, the publisher sold its shares of the team for $80.75 million to Wilpon and Nelson Doubleday, who became 50-50 owners.