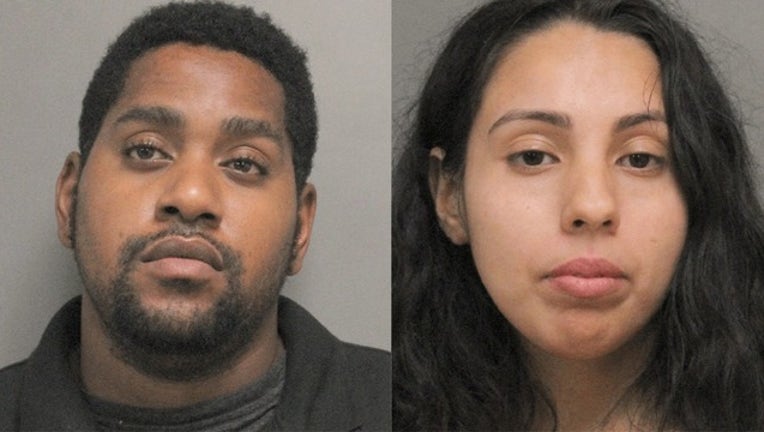 Jonathan Sunderland, 31, and Jennifer Garcia, 25, are accused of burglary and assault. (NCPD)

NEW YORK (FOX 5 NY) - A man and woman were arrested after assaulting a woman carrying a baby and another man on Long Island, according to police.

Johnathan Sunderland, 31, and Jennifer Garcia, 25, knocked on their landlord's door at about 10 p.m. on Sept. 8.  A woman carrying a one-year-old child answered. The couple pushed their way in knocking the woman and the baby to the ground, said police.

The pair left and was followed by the woman. Sunderland fired a pellet gun four times and missed her, according to police.

The woman and her child were not injured.  The male victim was hospitalized.

The pair was charged with assault and endangering the welfare of a child.

They were due in First District Court on Monday.