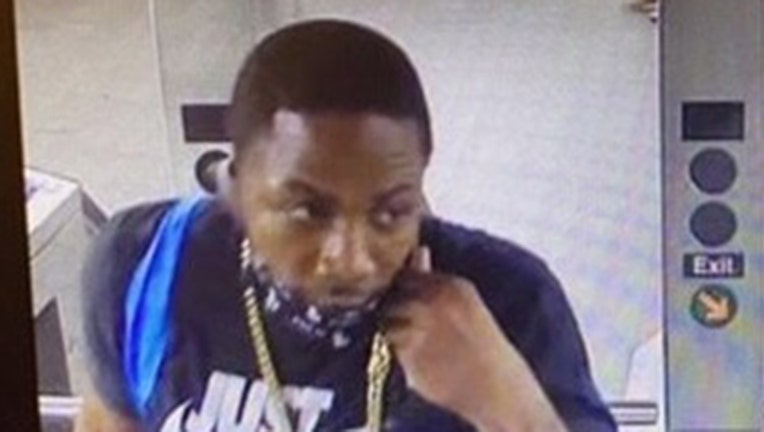 The NYPD released a photo of a man wanted for a string of armed robberies in the subway system.

NEW YORK - Police in New York were warning the public about a man wanted for several armed robberies on subway trains in Manhattan.

Police say the robberies have taken place over the past several weeks on different subway lines.

The NYPD says the first incident took place on Friday, October 16, just before noon on a northbound 'Q' Train at Union Square Station.  The man went up to a 39-year-old man and a 36-year-old woman and demanded the woman's engagement ring. The victims handed it over and he left the train with the $7,000 ring.  No one was hurt.

Then, on Thursday, October 22, at 5:10 p.m. aboard a southbound 'F' Train at the West 8 Street-NY Aquarium Station, a man approached the victim, a 31-year-old woman, grabbed her arm, indicated he had a gun in his pants, and took her ring valued at $95.  No one was hurt.

In another incident on Friday, October 23 at 10:55 a.m., inside of the station at 1114 Avenue of the Americas, a 50-year-old man was waiting for an elevator when he was approached by a man with a gun and demanded the victim's jewelry. The man took off the victim's necklace valued at $1,190 and his ring valued at $600. There were no shots fired and no one was hurt.

Finally, on Tuesday, November 3,  at 1:20 p.m. aboard a Brooklyn-bound 'N' Train en route to the 36th Street Station a man with a handgun approached a 32-year-old man and a 32-year-old woman, ordered them to take off their rings, and place them on the seat. He took off the rings valued at a total of $3,000 and got off the train at the 36th Street Station. There were no shots fired and no one was hurt.