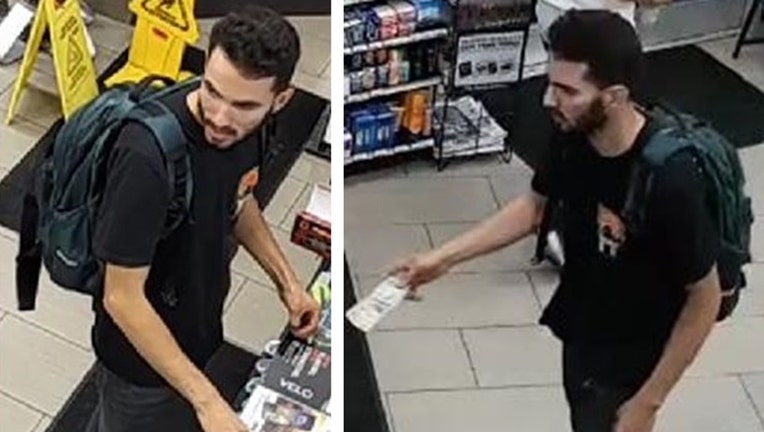 NEW YORK - Police in New York were on the hunt for a man who robbed a store with a $1 bill.

The NYPD says it happened just after 8:30 p.m. on Saturday in Queens.

Police say the man went into a gas station on Queens Blvd. in Long Island City and passed the clerk a $1 bill that had a hand-written not on it demanding cash.

They say the man also threatened violence.  The clerk complied and handed over a bag with $250 inside of it.  The robber took the cash and his own $1 bill.

There were no injuries.