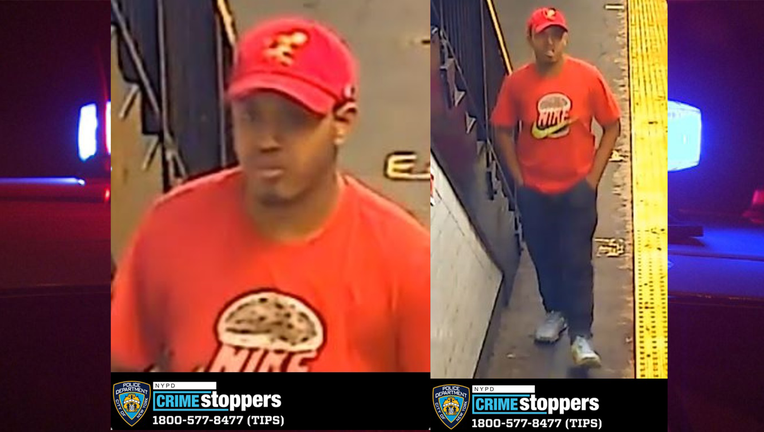 NEW YORK - The NYPD is asking for the public's help finding a man who attempted to sexually assault a woman who asked him for directions on the subway in Brooklyn.

According to authorities, the victim, a 36-year-old woman, was riding a southbound C train approaching the Lafayette Avenue station when she asked the suspect for directions. The suspect then told the victim to follow him off the train so he could give her directions.

As the two exited the train, the victim followed the suspect up the stairwell, at which point he turned around and exposed his penis to the victim.

Police say the suspect then grabbed the victim and attempted to have her form oral sex on him.

The NYPD says the same man is believed to have attacked two women in separate attacks.

Authorities say the suspect fled the scene when two MTA workers arrived. The victim was not physically injured during the incident.

The suspect is described as a man with a medium complexion, a medium build, and was last seen wearing a red baseball hat, a red t-shirt with the Nike logo on the front, black pants, and white sneakers.