The NYPD wants to find the man who they say threw hot liquid on an MTA bus driver.

NEW YORK - The NYPD is searching for the man who threw a hot liquid at the face of an MTA bus driver in the Bronx.

The suspect boarded the BX6 bus at about 10:50 a.m. on Wednesday. A dispute with the female bus driver ensued over non-payment, according to cops. Surveillance video shows the incident and the man throwing the liquid at the driver.

The suspect, who was only on the bus for approximately one stop, got off at Third Avenue and East 163rd Street. He took off westbound along East 163rd St.

The bus driver refused medical attention, according to police.

The suspect is described as approximately in his mid-40s, 5'8" tall, weighing 170 pounds, with a medium complexion.  He was last seen wearing a black winter hat, a blue face mask, a dark blue jacket with red and white stripes on the sleeves, blue jeans, and black boots. 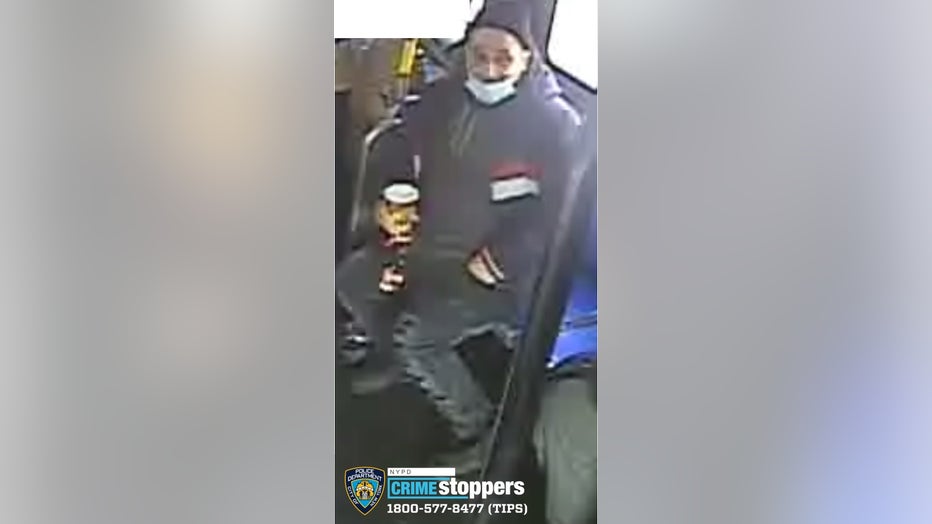 The suspect threw the liquid as he got off the BX6 bus at 3rd Avenue and East 163 Street. (NYPD)

Anyone with information in regard to this incident is asked to call the NYPD's Crime Stoppers Hotline at 1-800-577-TIPS (8477). The public can also submit their tips by logging onto the CrimeStoppers website at WWW.NYPDCRIMESTOPPERS.COM or on Twitter @NYPDTips. Police say all calls are strictly confidential.