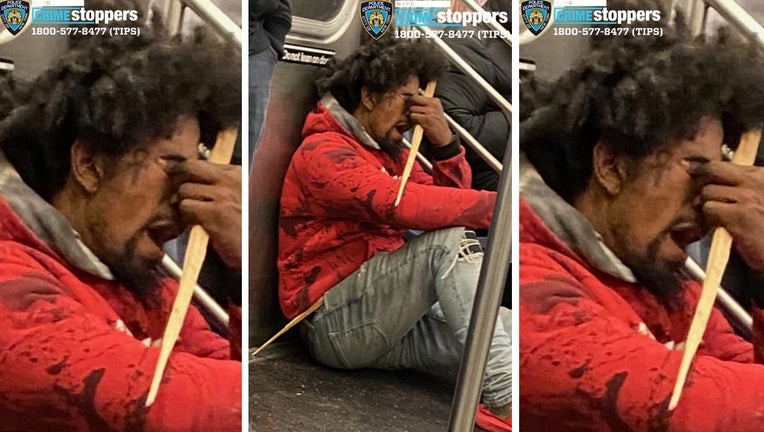 NEW YORK - Police in New York City were looking for a man who threatened to kill a woman with wooden spikes on a Manhattan subway train.

A 46-year-old woman was aboard a southbound 4 train in the area of the 59th Street subway station when the man started making derogatory comments about her.

He then threatened to kill her.  The man, who was disheveled, had two pieces of wood that appeared to have been fashioned as pointed spikes.

The woman got away unhurt in the incident.

Someone got a photo of the man sitting on the floor of the train.  He was yawning as he held one of the spikes.  The other one was sticking out of his pants pocket.

The man also had a tattoo on the right side of his face.

Police want anyone with information about the man to call Crime Stoppers.

As more people head back to the office and more tourists return to New York City, ridership in the subway system has increased. And now the crime rate has fallen.