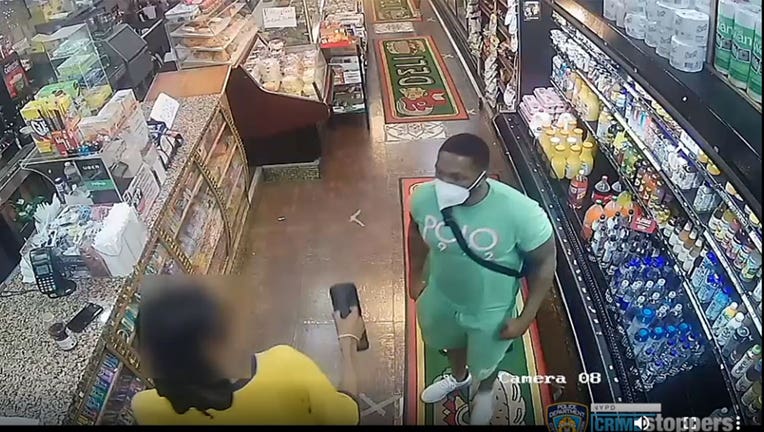 NEW YORK - Police are looking for a man who brutally stabbed and stomped on another man in a candy store.

The NYPD says it happened to a store on Schermerhorn Street in Downtown Brooklyn.

He then took out a knife and stabbed him in the head and shoulder.  When the victim fell to the floor he then stomped on him before running out of the store.

The victim was transported in stable condition to Methodist Hospital.

The man wanted by police is Black with a large build.  He was wearing a green shired and pants and a white medical mask. 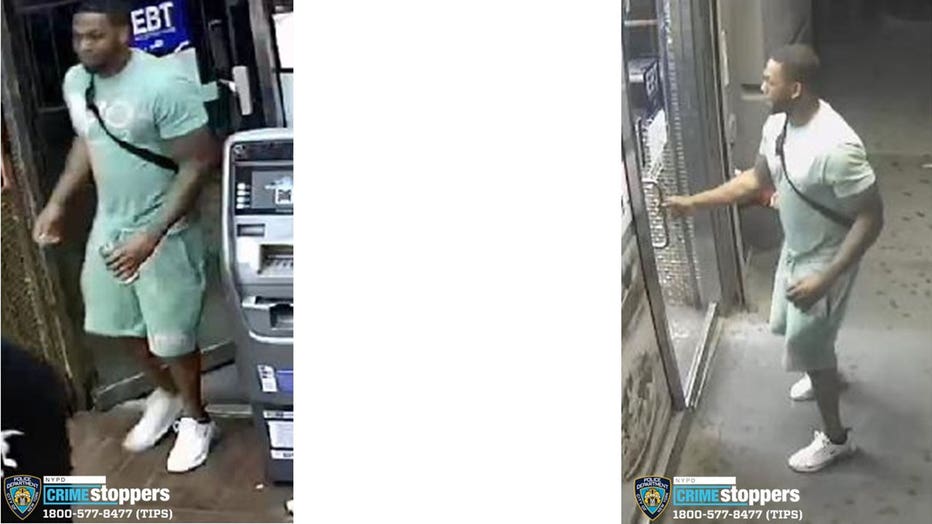