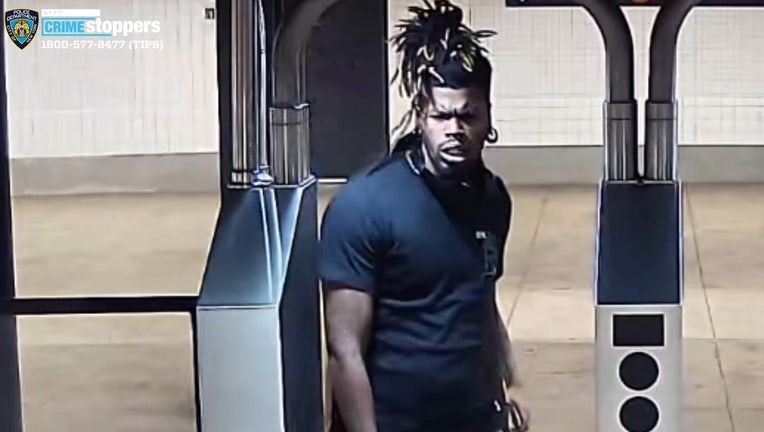 The NYPD released an image of a man wanted in connection with a man being stabbed on a subway train.

NEW YORK - A man allegedly stabbed a subway rider who accidentally touched him while sitting down on a train.

The NYPD says that it happened about 8:40 p.m. on Sunday on a northbound D train in the Mount Hope section of the Bronx.

Police say a 33-year-old man accidentally made contact with a man as he sat down next to him. The other man allegedly became irate and stabbed the victim in the buttocks.

EMS took the victim to St. Barnabas Hospital.  He was later released.

The attacker walked off the train at the 174-17 Street station and took off into the street.

The NYPD says he is Black,25 to 35 years old, 6'1", with blond highlighted dreads, and last seen wearing a black shirt, light blue jeans, and multi-colored sneakers.

Police released images of the man in hopes that someone would recognize him.