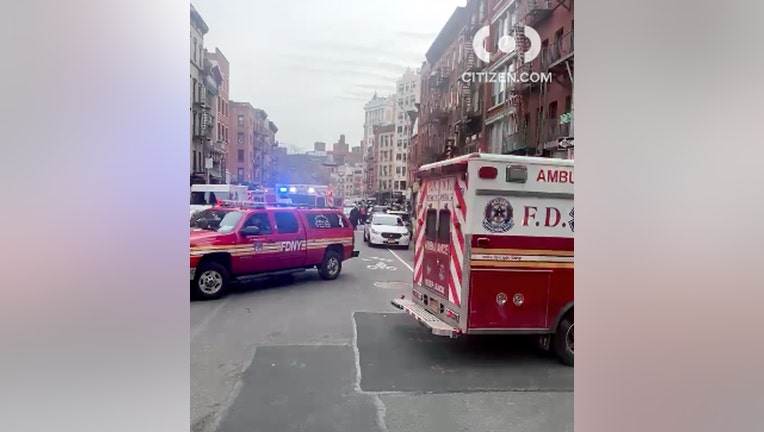 The FDNY and NYPD responded to a stabbing at a location on Canal Street, Dec. 16, 2020. (Via Citizen.com)

NEW YORK - A fight between two men in Lower Manhattan ended with one dead and the other in the hospital on Wednesday morning, authorities said.

The older man then apparently jumped off the roof to his death, police said.

The stabbing victim was taken to Bellevue Hospital Center where he is listed in stable condition.

Videos posted on Citizen.com show several NYPD and FDNY vehicles outside the location.

Police haven't made any arrests and are investigating.