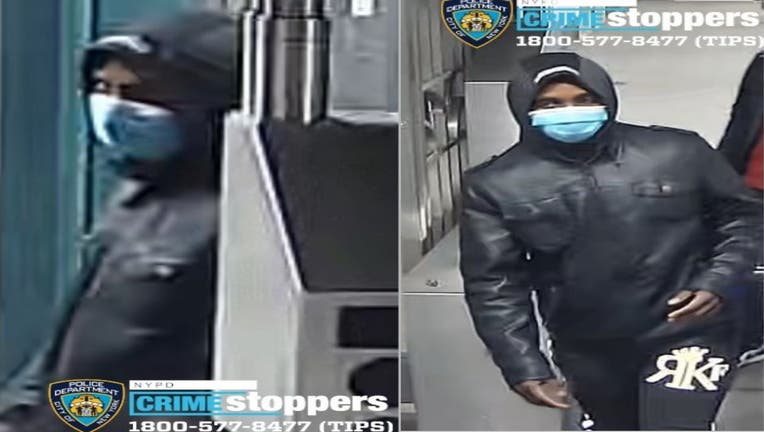 NEW YORK - The NYPD is hunting for a man who slashed a woman with a knife and robbed her of over $2,400 in Brooklyn this week.

According to authorities, on November 16, the victim, a 59-year-old woman was walking along 88th Street around 8:20 p.m. in Bay Ridge when she was approached from behind by the suspect.

Police say the man tried to grab the woman's backpack, and a struggle began between the two. During the struggle, the suspect produced a knife and slashed the victim on both hands and also on her head before running away with the backpack.

The victim was taken by EMS to NYU Langone Hospital-Brooklyn where she was treated and released.

Police describe the suspect as a dark-skinned man, in his 20's standing 6'0" tall with a medium build and was last seen wearing a black hoodie with black fitted pants with the letters "RKF" (with the R written backwards) and was wearing a blue surgical face mask.