Police have released new video of the suspect accused of shooting an innocent bystander outside Penn Station in Manhattan.

NEW YORK - An innocent man was injured in a shooting in front of Penn Station *in Midtown Manhattan on Monday evening.

The NYPD says it happened around 5:45 p.m.  Two men got into a dispute inside Penn Station when one of them was eating and the other asked him for food.  The other man told him to get away and an argument started.  It spilled into the street outside of the entrance at 7th Ave. and 31st Street.

"We do not believe they knew each other prior to this interaction," Police Commissioner Dermot Shea said at an evening news conference.

The man who had been asking for food pulled out a gun and shot at the other man.  He missed and hit a 58-year-old man who was walking down the sidewalk to meet his wife.

The victim was hit in the leg and is expected to survive.  He has been in New York City for 3 months for work purposes.  He was on his way to meet his wife and was alone at the time of the shooting.  EMS rushed him to Bellevue Hospital. 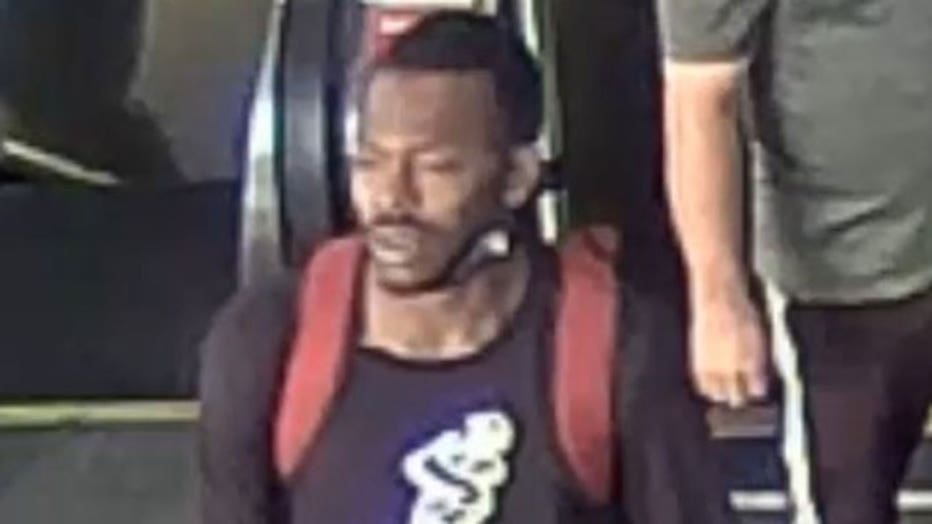 The NYPD released a photo of a man wanted for a shooting outside of Penn Station in Manhattan.

Police have made no arrests.  The NYPD was looking for a black man, who had on a black and red backpack, and last seen wearing a black long-sleeved shirt, blue jeans and black and white sneakers.

The shooting is just the latest incident in a string of high-profile violent crimes in Midtown over the past several months.  Shea blames bad policies, including bail reform for the growing problem.

The concerns are being heightened as commuters and tourists start returning to New York City.

In June, a U.S. Marine visiting the city was hit by a stray bullet in Times Square when two groups got into an argument and one of the men opened fire into a crowded street.  Times Square is just a few blocks from Penn Station.

In May, a 4-year-old girl who was toy shopping with her family was also shot in Times Square.   Two adults were also shot in that incident.