A man was shot in the face during a confrontation with ICE agents in Brooklyn. He was taken to Maimonides Medical Center for treatment. (Kevin Yanez Cruz)

NEW YORK - A chaotic attempt to take a man into custody in Brooklyn ended with a U.S. Immigration and Customs Enforcement (ICE) officer shooting another man in the face.

Authorities said it happened at about 8:15 a.m. Thursday as authorities were serving a warrant at 1755 West 12th Street in Bensonhurst.

The brother of the man who was shot says that the agents did not identify themselves and knocked Erick Diaz to the ground in front of the residence.

ICE issued a statement saying two agents were assaulted while attempting to arrest Gasper Avendando-Hernandez, a Mexican national who was in the United States illegally.

Diaz was rushed to Maimonides Medical Center for treatment.  Kevin Yanez Cruz shared a photo of Diaz lying on a hospital bed with what appeared to be a patch over an eye.

ICE said they were attempting to arrest Avendando-Hernandez, who had been deported twice after a 2011 assault conviction in New York City.

Authorities stated that the NYPD arrested Avendando-Hernandez Feb. 3 on a felony charge and ICE attempted to lodge an immigration detainer, but he was released from local custody.  ICE was trying to bring him into custody Thursday morning when the shooting took place. 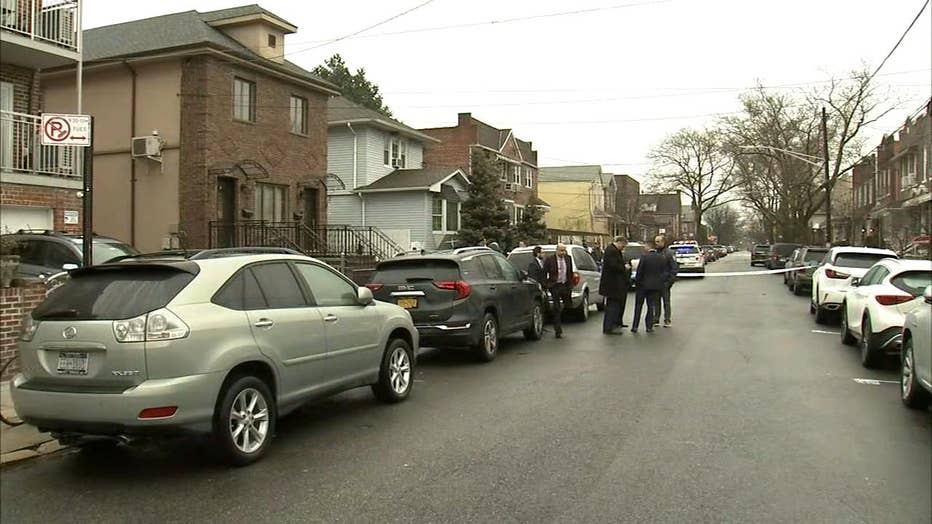 Federal authorities are investigating the shooting of a man in Brooklyn involving a U.S. Immigration and Customs Enforcement officer. Police said it happened at about 8:15 a.m. Thursday as authorities were serving a warrant for another man at 1755 We

Avendando-Hernandez was arrested at the scene and is in ICE custody, along with one additional individual whose identity has not been released.

Two ICE officers were transported to a hospital for treatment.

The incident is being investigated by the ICE Office of Professional Responsibility.

The brother of the man who was shot refuted ICE accounts that he had interfered in the arrest.

The shooting comes amid an escalating dispute between the administration of President Donald Trump and New York over its sanctuary policies.  The president highlighted one recent New York murder case during his State of the Union Address.