A car doing donuts in Manhattan ran over a spectator.

NEW YORK - A man is in critical condition after being run over by a car doing stunts in Lower Manhattan Saturday night.

As the driver continued to spin his car, several spectators stepped out from the surrounding crowd, appearing to pull out phones to film the stunts.

One man, a 23-year-old, fell in front of the car and was run over by the car.

Police say the 23-year-old suffered a fractured skull, brain injury, and severe trauma to the body. He was taken to Bellevue H ospital in critical condition.

Car runs over man in Manhattan

A man doing donuts ran over a man trying to take video of the stunt on a Manhattan street.

The suspect took off the scene, heading east on Vandam Street.

Police describe the driver of the car as a dark-skinned man. The vehicle had a yellow decal on the driver’s side of the words "Tyler Spec." 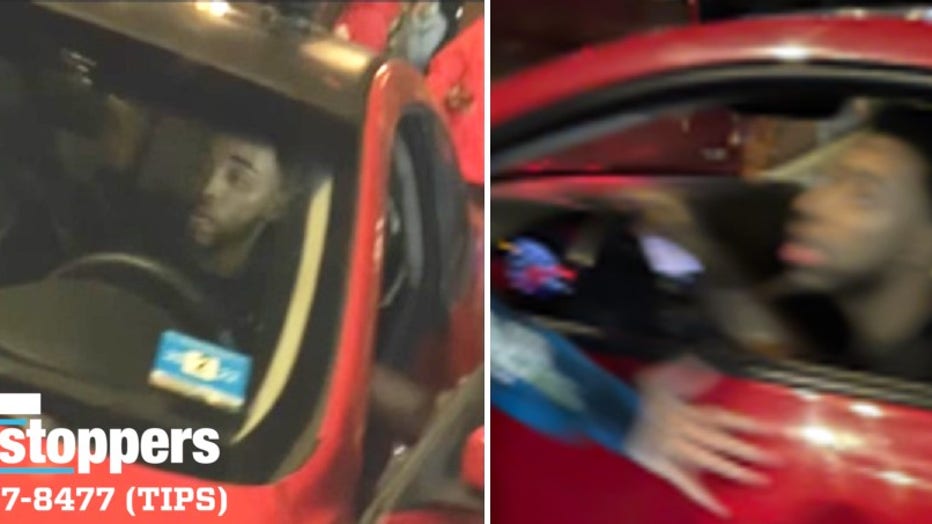 The driver of a red, two-door Infinity sedan wanted by the NYPD for allegedly running over a man in Manhattan.