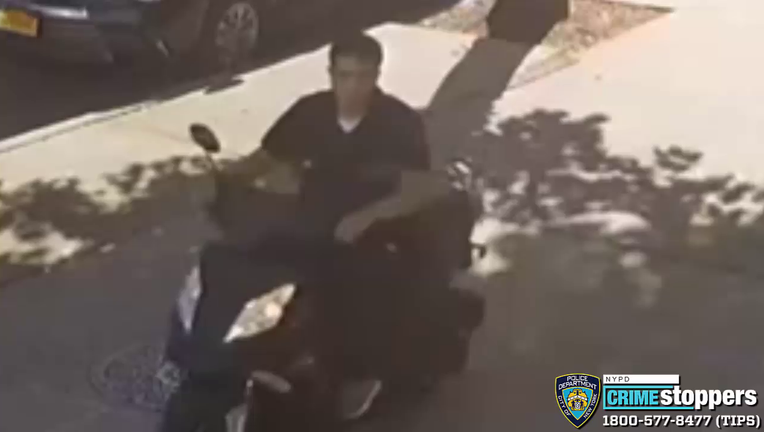 NEW YORK - A man riding a moped has pulled up to at least seven women and grabbed their genitals and buttocks in recent weeks in Brooklyn, the NYPD said Sunday.

The forcible touching incidents happened in Park Slope, Williamsburg and Clinton Hill between Aug. 28 and Sept. 10.

Police released security camera video Sunday showing a man looking over his shoulder while riding a moped down a sidewalk. Cops said the video was captured after the most recent reported incident in which someone groped a 21-year-old woman in Midwood.

The man, seen in the video wearing a dark-colored short-sleeve shirt, is suspected of touching three women within an hour on Aug 30 and one each on Aug. 28, Sept. 8, 9 and 10.

In one incident, the man proceeded to slap the victim's left breast over her clothing.

Anyone with information can contact the NYPD's Crime Stoppers at 800-577-8477 (English), 888-577-4782 (Spanish), at crimestoppers.nypdonline.org or via Twitter @NYPDTips. You can remain anonymous, police say.