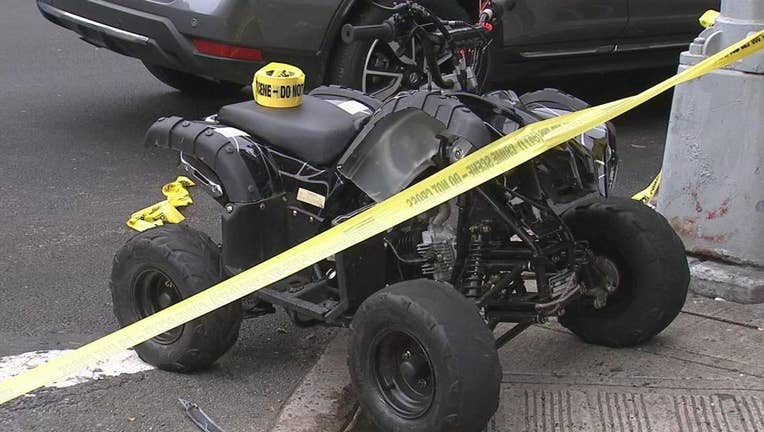 The 2018 SportMach ATV that a man was driving when he was struck and killed by an SUV in Harlem.

NEW YORK - Police have identified the man riding an ATV who was struck and killed in a collision with an SUV in Harlem last week.

Tony Harris, 51, of Lenox Avenue died Sept. 11 at Harlem Hospital after he was struck at about 2 p.m. by a 2020 silver Nissan Rogue a day earlier at the intersection of East 129 Street and 5th Avenue, said police.

Harris was riding a 2018 SportMach ATV northbound along the southeast sidewalk of 5th Avenue when the 58-year-old driver of the SUV traveling westbound on East 129th Street struck the ATV as it entered the crosswalk against a red traffic signal, added police.

Harris was ejected from the ATV, hit the hood of the SUV and landed on the pavement.

The driver of the SUV remained on the scene. An investigation was ongoing.