The man started shooting into the lobby of a Brooklyn building.

NEW YORK - Police are looking for a man who opened fire into the lobby of a Brooklyn apartment building in the middle of the night.

It happened early Monday morning on Bergen St. in Crown Heights.  The NYPD says the man went up to the building at about 1:15 a.m. and fires several rounds into the lobby.

The man then ran away down the street.  No one was hurt.

Police released a video of the man.  He was wearing a black mask, a gray hooded sweater, black pants, and black boots.

Anyone with information is asked to call Crimestoppers at 1-800-577-TIPS. 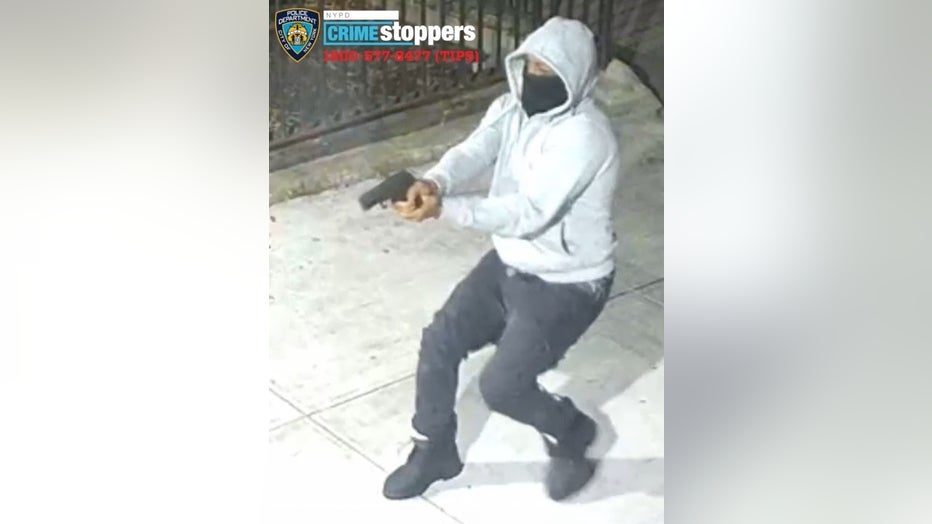