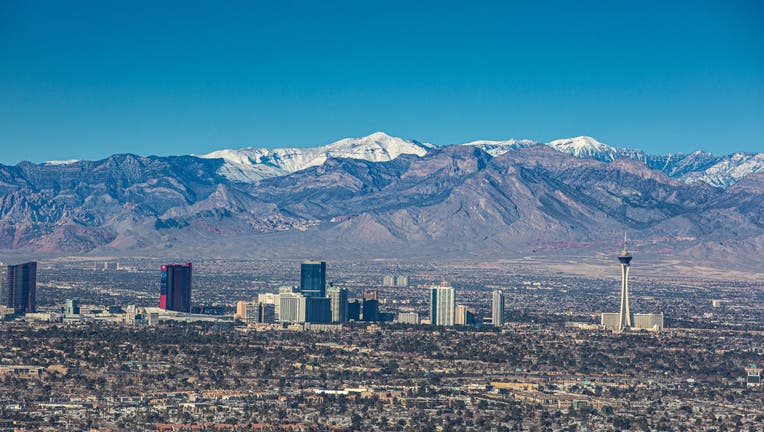 The Las Vegas Strip and snowcapped Mount Charleston is viewed in the distance from the Lake Mead National Recreation Area on January 11, 2022 over Las Vegas, Nevada. (George Rose/Getty Images)

A man was killed when he was swept up in an avalanche in the backcountry area of Nevada's Mt. Charleston.

The man was on Mummy Springs Trail at around 11,000 feet elevation when the avalanche occurred just after noon Monday, according to a storm report by the National Weather Service office in Las Vegas.

DANGERS OF AVALANCHES, AND HOW TO STAY SAFE ON THE SLOPES

First responders performed CPR on the man for 30 minutes without success, according to FOX 5 Vegas.

The victim's name has not been released.

Only light snow was falling at the time of the avalanche, but heavy snow fell a few days earlier, according to the NWS. Much of the West has been battered by a series of atmospheric rivers that have brought heavy rains and mountain snows to California.