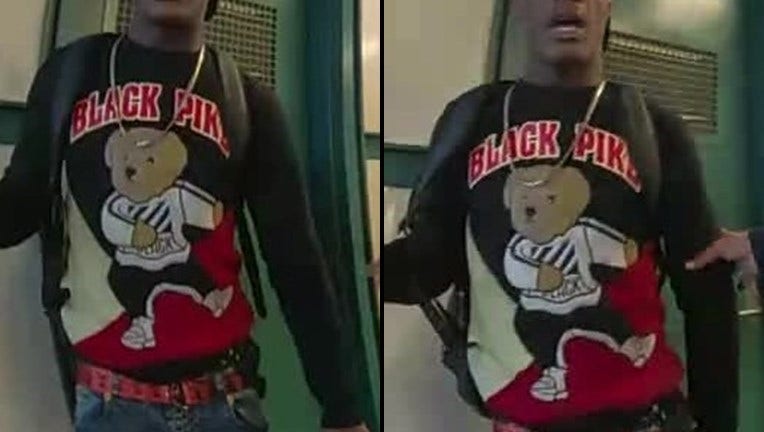 A suspect wanted for punching a police officer in the Bronx on Saturday, May 14. (Credit: NYPD)

NEW YORK - The NYPD says it is searching for a suspect who allegedly jumped a turnstile inside a Bronx subway station, and then punched a police officer on Saturday.

Authorities say that police stopped the man at the Gun Hill Road subway station in Williamsbridge at around 4:25 p.m. for turnstile jumping.

Rather than arrest the man, officers decided to kick him out of the train station.

That's when police say the man took a swing at one of the officers, punching them in the face before running away.

The officer suffered pain, swelling, and bruising as a result of the blow and was treated at a nearby hospital.

The suspect was last seen near Holland Avenue and Magenta Street.

"I feel like I’m in an alternate reality. We’re probably the only civilized country that sends their troops into battle and we criticize them every day. That’s what we do," Adams said.

Mayor Eric Adams defended the NYPD and expressed his frustration over an alleged lack of support for law enforcement as gun violence on New York City's streets continues to rise.

Adams also criticized lawmakers and journalists for not having the backs of NYPD officers.

"Right now, the NYPD is by themselves. We're alone," Adams said. "I think that opinion-makers and the opinion shapers have abandoned our police."