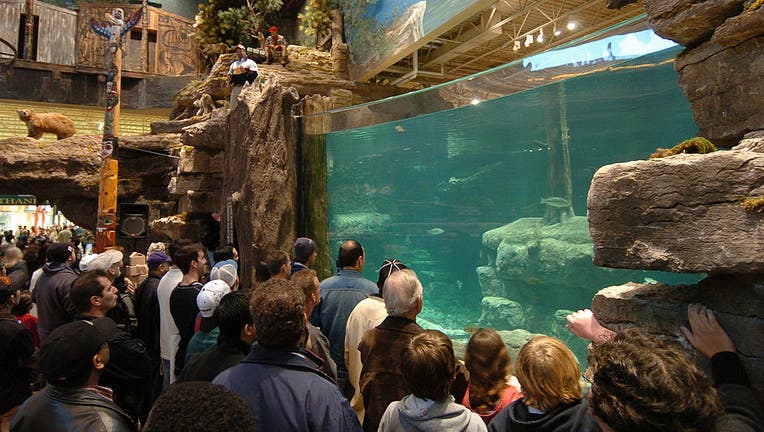 NEW YORK - Police in Louisiana were able to reel in a man captured on video swimming through a fish tank at a sporting goods store.

Kevin Wise, 26, told KSLA-TV that he plunged into the indoor aquarium at a Bass Pro Shop in Bossier City last week to follow through on a promise he made to followers on the social media platform TikTok.

A video captured by shopper Treasure McGraw showed Wise swimming through the tank before climbing out and running from the store with wet clothes.

“We heard a big splash and I thought it was one of the fish,” McGraw told the news outlet. “My fiancé was like ‘somebody is in the tank’ and we saw the guy swimming.”

Bass Pro Shops filed a complaint with the Bossier City Police Department Friday, saying it cost them money to empty out the 13,000 gallon aquarium and clean it after Wise’s swim, KTAL-TV reported.

Wise was charged with simple criminal damage to property and released with a citation to appear in court, police said.

He told KSLA-TV he planned on continuing to make videos for his followers, but cautioned others against doing similar “spur of the moment” pranks.