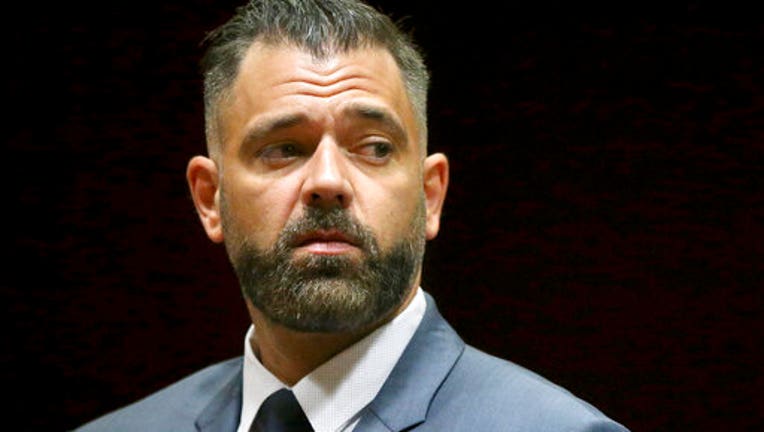 FILE - In this May 28, 2019 file photo, Mark D'Amico stands before pleading not guilty during his arraignment to charges including theft by deception at Burlington County Superior Court in Mount Holly, N.J. D'Amico is facing federal charges of conspi

CAMDEN, N.J. (AP) — A New Jersey man who authorities said was the ringleader in a scheme that raised more than $400,000 with a bogus tale involving a homeless veteran rescuing a woman from the side of a highway pleaded not guilty Thursday to federal charges.

Mark D'Amico appeared in court in Camden to face an indictment handed up last week that charges the 40-year-old with a total of 16 counts of conspiracy, wire fraud and money laundering.

Authorities say the trio made up a story in late 2017 about Bobbitt giving $20 to help McClure when her car ran out of gas in Philadelphia. They gave newspaper and television interviews and eventually raised more than $400,000 online. Authorities began investigating after Bobbitt sued the couple, accusing them of not giving him the money.

The federal criminal complaint alleges all of the money raised in the campaign was spent by March 2018, with large chunks spent by McClure and D’Amico on an RV, a BMW and trips to casinos in Las Vegas and New Jersey.

D'Amico's plea Thursday was entered by attorney Mark Davis. Last month, D'Amico pleaded guilty in state court to misapplication of entrusted property and will serve a five-year term under an agreement with prosecutors.