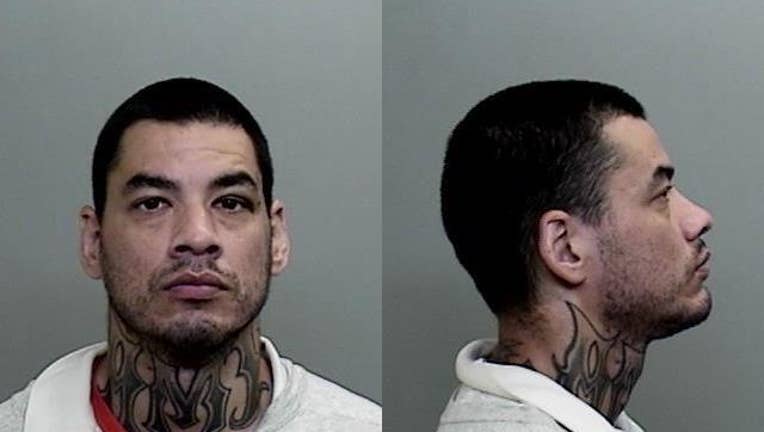 UKIAH, Calif. - A man who was babysitting two young children was arrested on suspicion of murder after the 1-year-old was found dead near railroad tracks in Northern California, authorities said Friday.

Edward "Two Feathers" Steele, 32, of Ukiah was taken into custody Thursday, a day after the 1-year-old and his 2-year-old brother were reported missing, according to the Mendocino County Sheriff’s Office.

It wasn’t immediately clear whether Steele had an attorney to speak for him.

A report of domestic violence sent deputies to a parking lot in Ukiah, a rural area north of San Francisco, before dawn on Wednesday, authorities said.

They found Steele and a woman he’d been dating, who was later arrested on suspicion of misdemeanor domestic violence battery, according to the Sheriff’s Office.

The woman told authorities that her two children were with a babysitter at a nearby motel. They then learned that Steele had assumed care of the children after the arrest.

However, he left the boys unattended near some railroad tracks.

Wednesday afternoon, the 2-year-old was spotted by the tracks. He was hospitalized for an apparently heat-related "life-threatening medical emergency," according to the Sheriff’s Office.

The child was taken to a hospital but there was no immediate word on his condition.

The area was searched and the body of the 1-year-old boy was found about a half-hour later, authorities said.

There was no immediate word on the cause of the child’s death, according to the Sheriff’s Office.