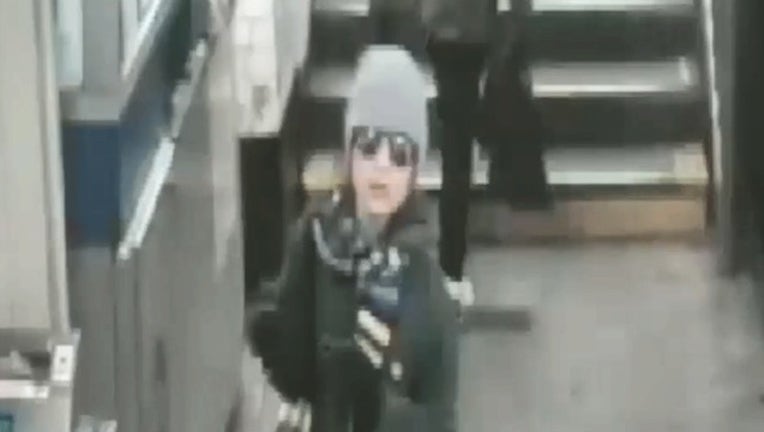 The NYPD wants to find the man seen on surveillance video at the Atlantic Avenue-Barclay Center Station on May 9 placing debris on the northbound rails of the 'D' train.

The incident occurred just after midnight.  There were no reports of damage to any property or person.

Similar incidents have occurred at least three other times, according to the NYPD.

On June 5, the man left a fire extinguisher, a bank of lights, a bag of concrete mix and a metal shim on the southbound tracks of the 'R' line.

A train ran over the fire extinguisher causing powder to discharge in the station. There was no damage to the train or injuries reported.

Forty minutes later at 2:40 a.m., the man placed a shovel on the southbound rails of an 'R' train at the 45th Street station.  No injuries were reported.

And, on June 9 at about 2:30 a.m., the man left Christmas lights on the northbound track of the 'N" train.  No injuries were reported.

The NYPD wants to find the man.  He is described as Asian and 16-21 years old. He was wearing a green sweatshirt, black pants and dark-colored boots at the time of the first incident on May 9.

Anyone with information about the man or the incidents is asked to call the NYPD's Crime Stoppers Hotline at 1-800-577-TIPS (8477). The public can also submit their tips by logging onto the CrimeStoppers website at WWW.NYPDCRIMESTOPPERS.COM, on Twitter @NYPDTips or by texting their tips to 274637 (CRIMES) then enter TIP577.

Police say you can remain anonymous.