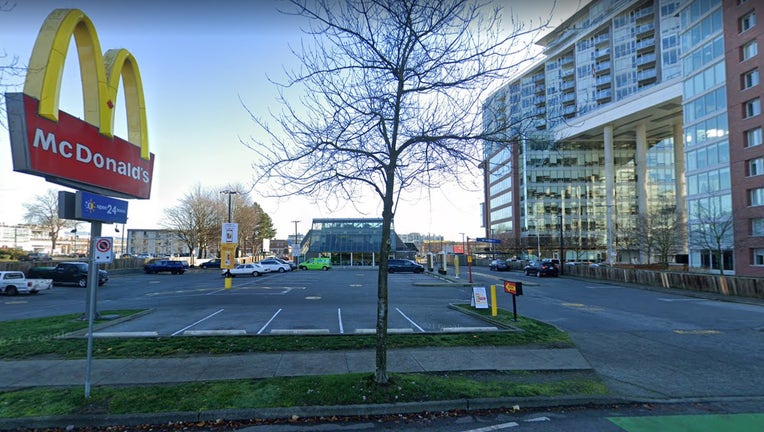 The McDonald's where a man was crushed to death is seen at the intersection of Main and Terminal Streets in Vancouver. (Google Maps)

CANADA - A man was crushed to death in his own car in a freak accident at a McDonald's drive-thru restaurant in Canada.

According to the Vancouver Police, it happened around 5:30 a.m. as the man ordered breakfast. Surveillance footage showed the driver dropping an object, reportedly his debit or credit card, out of his vehicle while paying for items.

When he went to pick up the item, the vehicle rolled forward, colliding into a structural piece of the restaurant. The driver was unable to free himself from the vehicle as he was pinned between the vehicle door and frame.

"Efforts were made by first responders to revive the man, but tragically, he died on scene," said Constable Tania Visintin, VPD. "This is an absolutely heartbreaking scenario. Our deepest condolences go out to the family and friends of this man."

The victim's name was not released.  The department's collision investigation unit and the coroner were investigating.

Anyone with dashcam footage who was driving in the area at the time of the incident was asked to come forward.