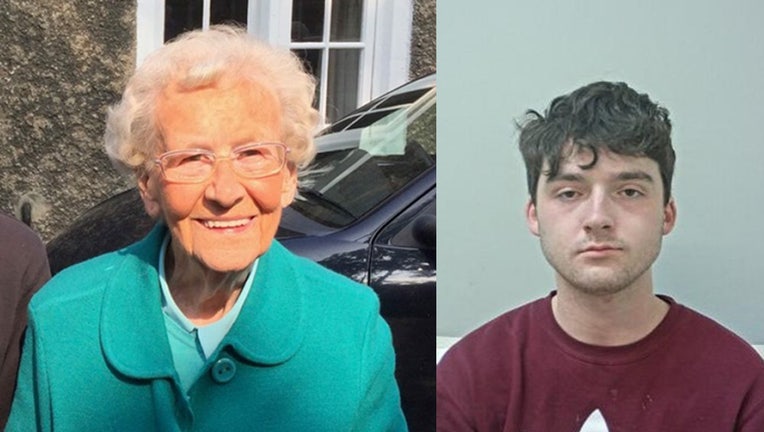 Mary Gregory (left) and Tiernan Darnton (right) are seen in photos released by the Lancashire Constabulary.

NEW YORK - A 21-year-old U.K. man is in jail for 15-to-life for the murder of an elderly grandmother.

Tiernan Darnton was found guilty Thursday following a trial of the murder of Heysham pensioner Mary Gregory in May 2018.

He had reportedly made the confession weeks after the murder during a game of Truth or Dare in which he told two friends about his "darkest secret."

He also made a similar confession to his counselor in 2019.  That's when a police investigation was opened.

Emergency services had called to Gregory’s bungalow in Heysham, shortly after 4 a.m. on May 28, 2018, for a fire.  The 94-year-old was taken to hospital following the blaze but she died on June 1, 2018. Her cause of death was given as pneumonia and smoke inhalation.

An initial joint investigation by police and Lancashire Fire and Rescue Service concluded the fire started as the result of a discarded cigarette and an inquest in October 2018 concluded Gregory’s death was an accident.

The new investigation led officers to conclude the fire had been started deliberately.

Following a lengthy and complex police investigation, Darnton was charged with murder in March of 2021.

The murder trial detailed a timeline of events from the morning of the fire including evidence that placed Darnton at Gregory’s house around the time of the fire. 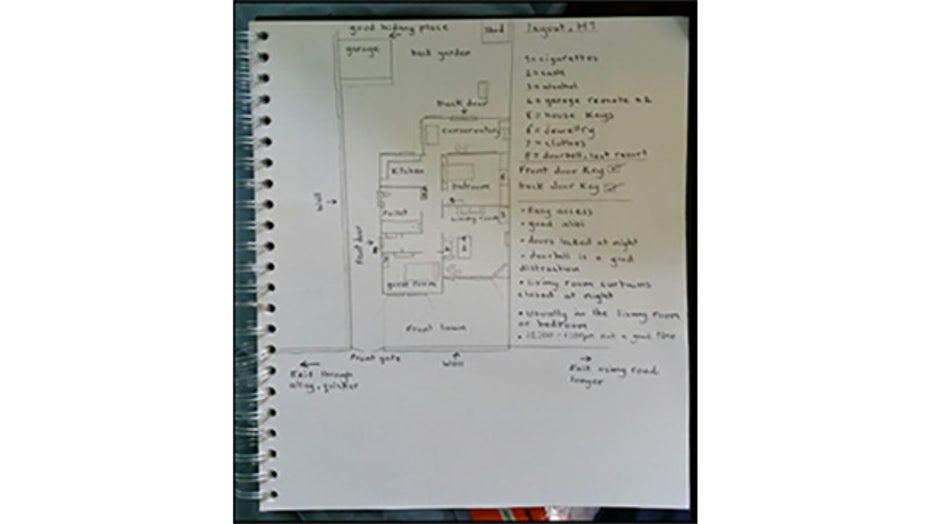 Evidence was shown to the jury also included drawings found at Darnton’s home address outlining the floorplan of Gregory’s bungalow. They contained labels including "good hiding place" and "quick exit" and references for needing a "good alibi".

Darnton’s laptop was seized following his arrest which revealed internet searches from the days after the fire including; "Mental health support for murderers", "Feeling guilty for murder." and "I’m a monster and I’m going to hell."

Two smoke alarms at the property had been disabled and the home telephone was disconnected, meaning Gregory couldn’t call for help.