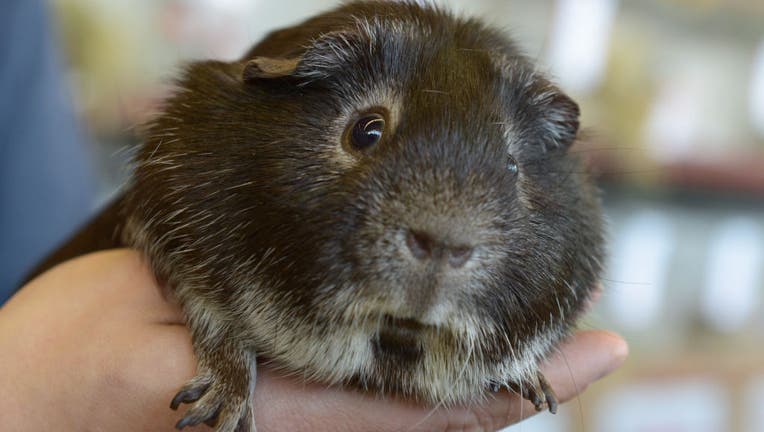 A straight hair guinea pig is presented at the 'Landesverbandsausstellung Berlin, Brandenburg und Sachsen e.V.' in Paaren/Glien (Brandenburg), Germany, 05 October 2014. Around 300 animals from all of Germany are presented (partly for sale) during the

SALT LAKE CITY - WARNING: Some of the details in this article are graphic.

A federal grand jury has indicted a Utah man accused of physically and sexually torturing guinea pigs and then posting the videos online.

18-year-old Samuel Webster of Woods Cross was charged with 23 federal counts of animal crushing and the creation of animal crush videos last week in the U.S. District Court of Utah.

According to court documents obtained by FOX Television Stations, Webster allegedly purchased two male and two female guinea pigs in October 2021 "for the purpose of creating and distributing videos depicting him torturing them."

Shortly after, it is alleged Webster posted videos on his YouTube page with graphic titles and captions such as "ripped a piece of her ear," and "Torture is addicting."

According to local reports, Webster is currently not in custody but is undergoing mental competency hearings.

Assistant U.S. Attorneys from the U.S. Attorney’s Office for the District of Utah are prosecuting the case. FBI special agents are conducting the investigation.