A man was knocked unconscious with a brick in a robbery in a Bronx building.

NEW YORK - A shocking attack and robbery inside a Bronx building was caught on camera.  The entire incident took place in front of someone waiting for the elevator.

The NYPD says it happened about 2:10 p.m. on Saturday in a building on 165th Street in the Morrisania section of the Bronx.

A 53-year-old man was wheeling a bike to the elevator when one of the attackers hit him in the back of the head with a brick.

An attacker shoved him to the ground as he lost consciousness.

The second attacker kicked the victim in the face and then they ripped his pants apart to get to his wallet and phone.

They then ran out of the building and have not been caught.

EMS took the victim to NYC Health and Hospitals/Lincoln in stable condition.  It was unclear if he has been released from the hospital.

The NYPD says officers are looking for two black men in their 20s.  They were both wearing hooded sweaters and were carrying backpacks. 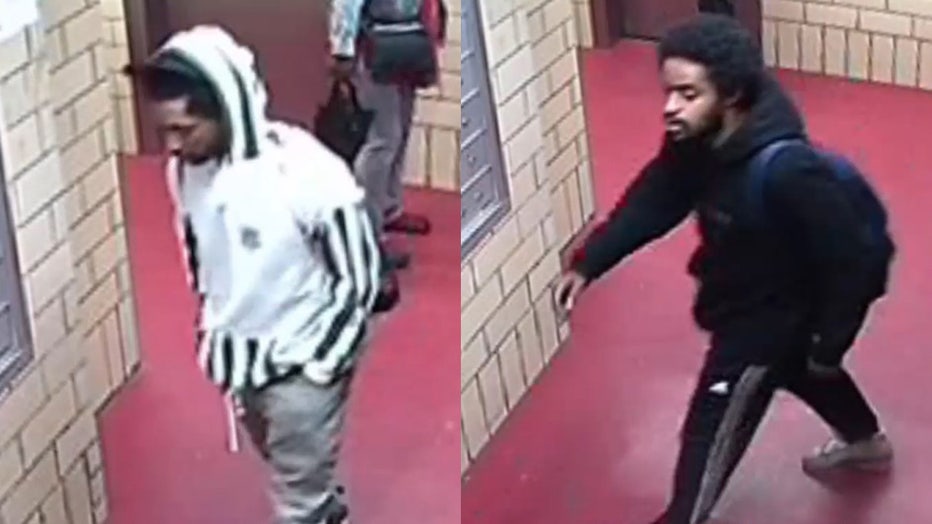