Man attacked and robbed in the Bronx

Two men attacked a man on a Bronx sidewalk and robbed him of more than $800.

NEW YORK - Police released a shocking video showing a man being attacked and robbed in the middle of the day on a Bronx sidewalk.  People are seen walking by the entire time.

The NYPD says it happened just before 2 p.m. on Monday on White Plains Rd. in the Wakefield section.

Two men walked up to the 61-year-old man and demanded cash.

One of them pushed the victim and knocked him to the ground. The other man stomped on his face. Both men searched the victim’s pockets, punched the victim in the head, and stole $817 before taking off.

EMS took the victim to Montefiore Hospital, where he was treated for pain and lacerations to his lip and head.

Police released a video of the suspects.  Anyone with information is asked to call the NYPD's Crime Stoppers Hotline at 1-800-577-TIPS.  Police say tips are confidential. 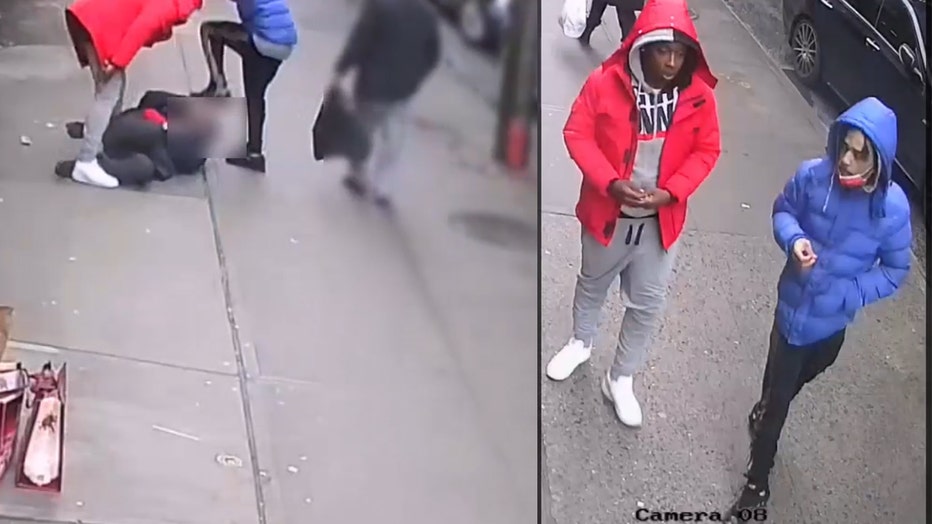