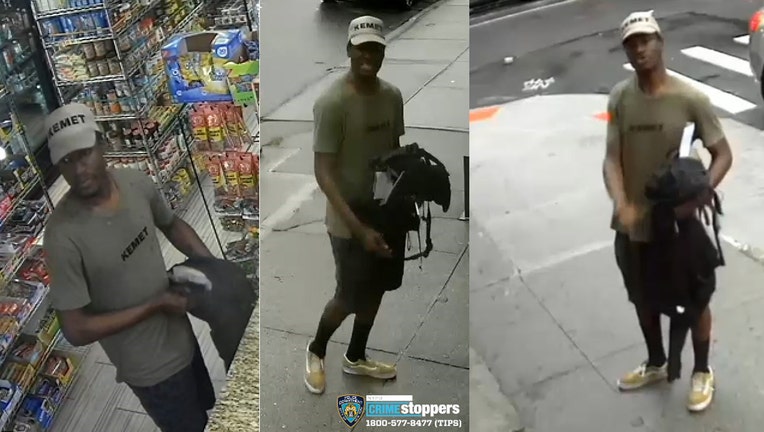 The NYPD released images of a man wanted for attacking subway riders with a rock.

NEW YORK - Police in New York are looking for a man wanted for an unprovoked attack on subway riders with a rock.

The NYPD says it happened on Monday morning on an F train at the Smith Street and President Street Station in Carroll Gardens section of Brooklyn.

The man approached a 35-year-old man on the northbound train at about 6:40 a.m.  He began yelling at the victim and then pulled out a rock and hit him in the head.

The man also hit a 52-year-old man who was also riding on the train.

The man then got out at the Carroll Street station and took off.

The 35-year-old victim was taken to NYC Health & Hospitals/Methodist.  He was in stable condition with bruising on his head and knee.

The 52-year-old victim was treated at the scene for undisclosed injuries.

The NYPD released surveillance images of the man wanted for the attack.  He is described as dark-skinned, in his mid-40s, 6'2" tall, and 160 pounds.