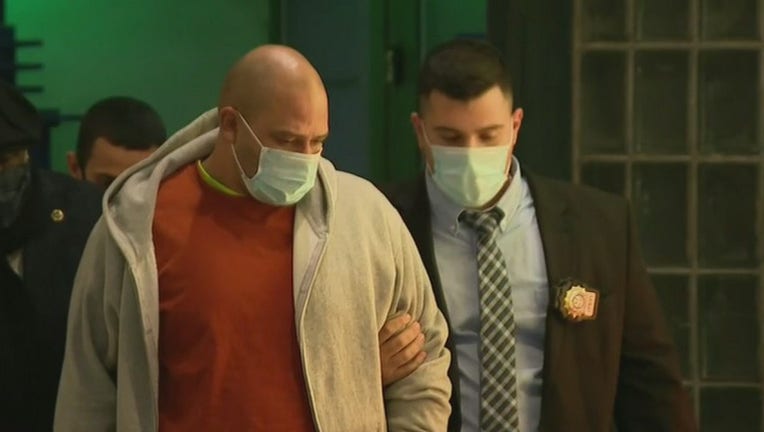 Luis Hernandez, 38, knocked a 73-year-old woman onto subway tracks in Brooklyn after her family scolded him for smoking marijuana. FOX 5 NY

NEW YORK - Police have arrested a man suspected of knocking a 73-year-old woman onto New York City subway tracks after her family scolded him for smoking marijuana.

Luis Hernandez, 38, was to appear in court on Tuesday to face charges of attempted murder and assault. The name of his attorney wasn’t immediately available.

The incident happened late last month during a confrontation between the suspect and the woman’s husband and grandson on a subway platform in Clinton Hill, Brooklyn, police said. He began punching and kicking at the family, sending her tumbling onto the tracks, police said.

The woman was pulled to safety ahead of the next train. The man fled before police arrived.

Last month, the NYPD arrested a man after he allegedly pushed a woman onto the subway tracks in Times Square. Police say the 28-year-old woman injured her hand after she was pushed from the platform and onto the tracks of the northbound N, Q, and R line.

A woman suffered an injury to her hand after she was shoved onto subway tracks.