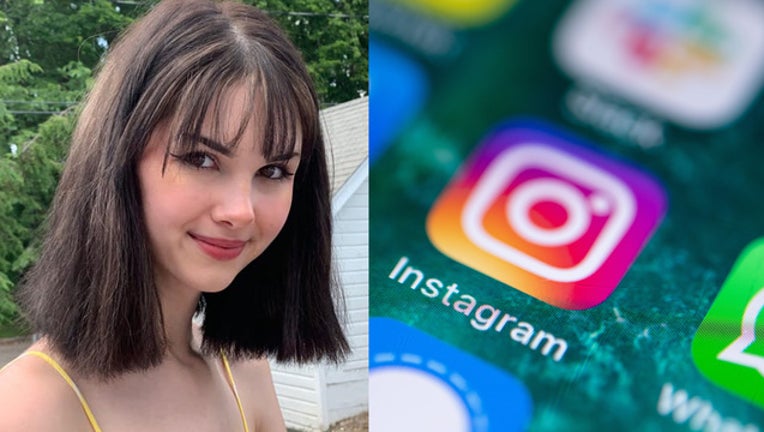 Bianca Devins is pictured in an undated photo provided by family, alongside the Instagram app displayed on the screen of a cell phone. (Photo credit: Provided by Williams-Devins Family and Fabian Sommer/picture alliance via Getty Images)

UTICA, N.Y. (AP) -- The man charged with killing a teenage girl and then posting photos of her body online has been transferred from a hospital to an upstate New York jail.

Brandon Andrew Clark was arrested after Utica Police found him next to the body of 17-year-old Bianca Devins outside a vehicle Sunday.

Police say he slit Devins' throat, killing her. Police say the 21-year-old then stabbed himself in the neck and took selfies on a tarp covering Devins' body.

He posted a photo online, where it was widely circulated.

Syracuse.com reports that investigators believe Clark was enraged when Devins allegedly kissed someone else before or during a concert in New York City Saturday night. Devins' funeral will be held Friday.