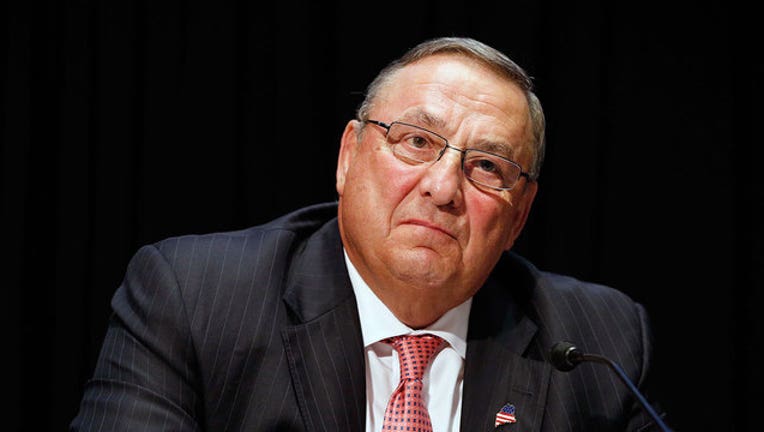 NEW YORK (FOX 5 NY) - Maine Republican Gov. Paul LePage has unleashed an obscene tirade on a Democratic legislator, leaving him a message that said "I am after you" and telling reporters he wished he could point a gun between the legislator's eyes.

The voicemail, which contains obscenities, was posted online at the Portland Press Herald's website.

Below is a transcript of the voicemail.

“Mr. Gattine, this is Gov. Paul Richard LePage. I would like to talk to you about your comments about my being a racist, you (expletive). I want to talk to you. I want you to prove that I’m a racist. I’ve spent my life helping black people and you little son-of-a-(expletive), socialist (expletive). You. I need you to, just friggin. I want you to record this and make it public because I am after you. Thank you.”

LePage was accused of making racially insensitive comments at a town hall in North Berwick, Maine, on Wednesday, when he said most of the drug dealers arrested in the state are black or Hispanic.