Macy's will conduct a series of five-minute pyrotechnic&nbsp;presentations from June 29 through July 1, the mayor announced.

NEW YORK - The annual Macy's Fourth of July Fireworks Spectacular will be reworked this year as the city continues to battle the coronavirus pandemic.

Mayor Bill de Blasio announced Tuesday that a series of smaller fireworks shows will take place in each borough over the course of several days.

The five-minute pyrotechnic presentations will begin on June 29 through July 1 and will culminate with a broadcast of the series airing on July 4 from the top of the Empire State Building.

Speaking during his daily coronavirus briefing, de Blasio said the city would announce the locations for each show a short time prior in order to prevent crowding. The mayor is urging New Yorkers to watch the shows from where they live.

Macy’s fireworks show to be reworked

There will be a series of five-minute shows across the five boroughs.

You'll know this is a very professional, beautiful show.

The fireworks show traditionally attracts millions of people to the banks of either the East River or the Hudson River.

In April, de Blasio had said the show would go on despite not knowing the trajectory of the virus come July.

Tuesday's announcement comes hours after crowds gathered outside Gracie Mansion chanting and honking to draw attention to the surge in illegal fireworks shows across the city. 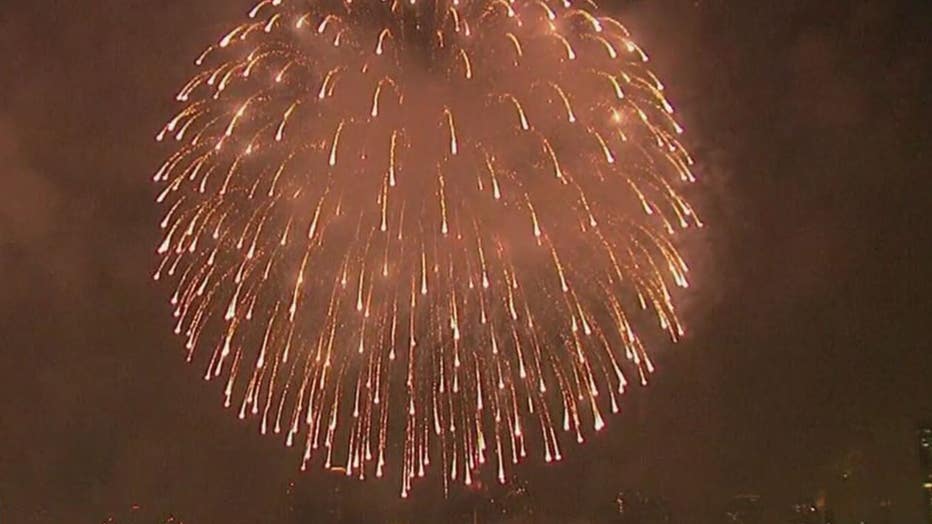