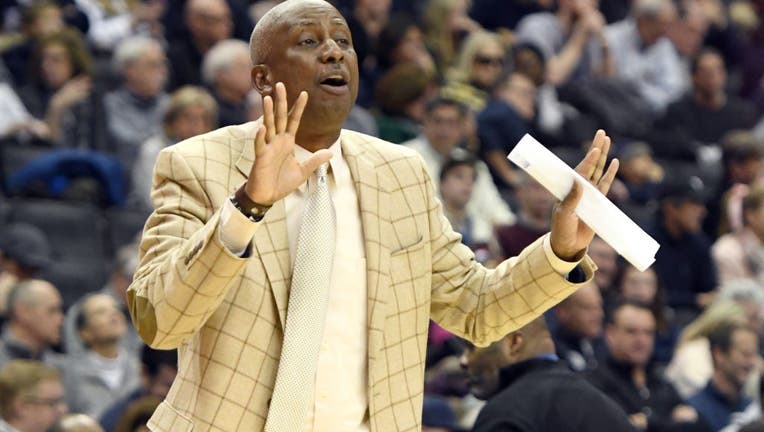 Assistant coach Louis Orr signals to his players during a college basketball game against the Providence Friars at the Capital One Arena on January 12, 2019 in Washington, DC. (Photo by Mitchell Layton/Getty Images)

WASHINGTON - Louis Orr, a star forward at Syracuse who played eight NBA seasons before going into a lengthy career in coaching, has died. He was 64.

Orr's family said Friday in a statement through Georgetown that he died Thursday after a battle with pancreatic cancer.

Orr helped Syracuse make four NCAA Tournament appearances from 1976-80 and earned All-Big East season and conference tournament honors during his senior year. His No. 55 was retired in 2015. 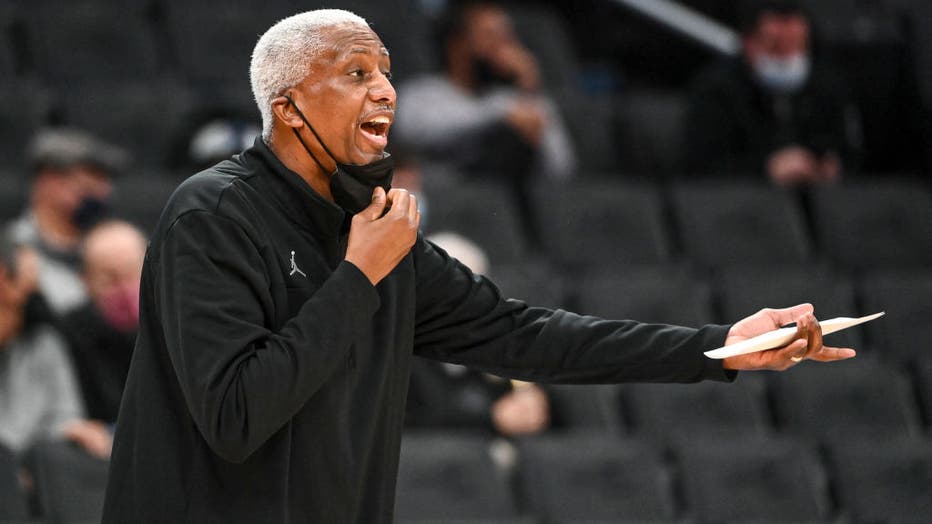 "Louis Orr was the greatest man I’ve had the pleasure to know," longtime Syracuse coach Jim Boeheim posted on social media. "He came into my life as my first recruit, became a fantastic coach and colleague — but most importantly, he became a dear friend. I will treasure our years together. Sending my love to his family and our Orange family."

Syracuse's men's basketball program also shared a message mourning the loss of what it called "an Orange legend — a player, a coach, and most importantly a great person who made everyone around him better. Louis Orr’s memory will live in our hearts forever, and especially whenever we look up and see his No. 55 in the Dome rafters."

Orr was a second-round pick by Indiana in 1980 and played two seasons with the Pacers before spending six seasons playing for the New York Knicks from 1982-88. 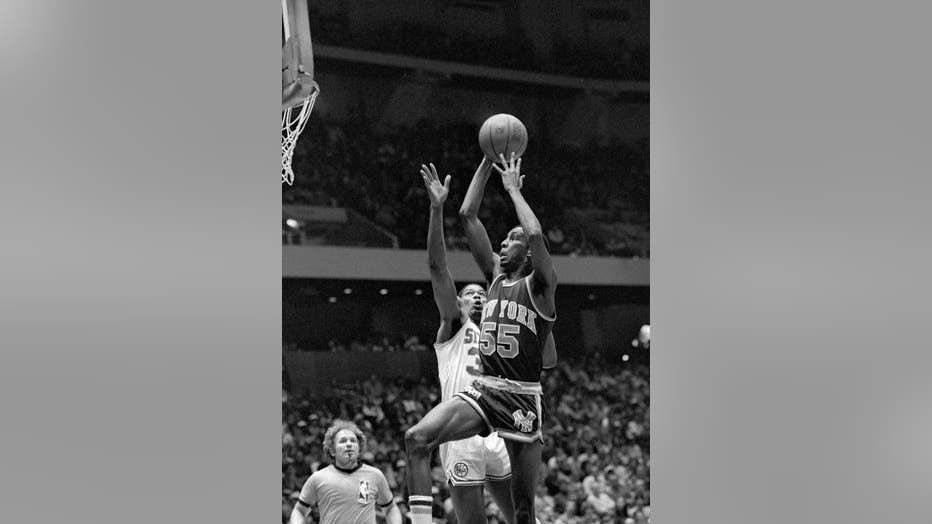 Forward Louis Orr #55 of the New York Knicks shoots forward Sam Williams #33 of the Philadelphia 76ers during a National Basketball Association game at the Spectrum circa 1983 in Philadelphia, Pennsylvania. (Photo by George Gojkovich/Getty Images)

The Cincinnati native moved into the college coaching ranks as an assistant at Xavier in 1991 and had stints at Providence and his alma mater before taking over the head job at Siena in 2000. He coached one season there, five at Seton Hall and seven at Bowling Green.

Orr was an assistant in the Chinese Basketball Association for one year before joining coach Patrick Ewing's staff at Georgetown. He spent five seasons as a Hoyas assistant and transitioned to special assistant to the head coach in the spring.

Ewing said he lost a great friend and someone who had been in his life since he was 22 breaking into the NBA.