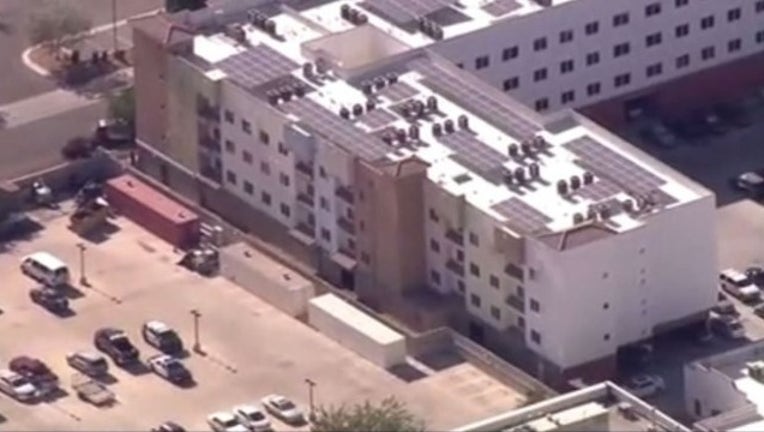 LOS ANGELES (FOX 11) - The Los Angeles County Sheriff's Department has revealed that the rookie deputy who claimed he was shot in the shoulder at the Lancaster Sheriff's Station "completely fabricated'' the incident and would be relieved of his duties.

After getting interrogated due to doubts raised from his testimony, Reinosa admitted that he was not shot at from an apartment complex near the station as he previously claimed, sheriff's Capt. Ken Wegener said.

"He also told investigators that he had caused the holes in his uniform shirt by cutting it with a knife,'' Wegener said. "There was no sniper, no shots fired and no gunshot injury sustained to his shoulder. (It was) completely fabricated.''

Reynosa has failed to provide information concerning his motivation, according to Wegener.

The investigation is ongoing and the sheriff's department plans to present the case to the Los Angeles District Attorney's Office for consideration of charges that could include false reporting of an emergency, the captain said.

"We intend on relieving Deputy Reinosa of his duties,'' Limon said.

Officials told reporters several things did not add up: No bullets were recovered in the parking lot, no cars were struck by gunfire and many people in the vicinity did not hear any gunshots.

The alleged ambush was reported by Reinosa at 2:48 p.m. Wednesday, leading to a containment perimeter and an hours-long search of the four-story apartment complex from which Reinosa claimed the shots were fired toward the station parking lot in the 500 block of West Lancaster Boulevard.

The apartment building was locked down, as was a nearby school, sheriff's officials said.

Dozens of SWAT deputies descended on the scene via helicopter and armored vehicles. Tactical teams checked each apartment, officials said. The search of the apartment building and surrounding area wasn't concluded until 5:30 a.m. Thursday, according to the department.

The shooting report prompted Lancaster Mayor R. Rex Parris to express concern about the location of the apartment complex that houses mentally ill people to be so close to the sheriff's station.

"Of course it's insanity,'' Parris said. "It's outrageous to have that population in that location. Thank God we don't have a funeral.''

"There shouldn't be a double standard of justice,'' Ali, director of Project Islamic Hope, told City News Service. "Reinosa should be arrested and prosecuted immediately. There were several people who were detained by the deputies while they were investigating a fabricated shooting. He endangered the lives of everyone in that building. The waste of taxpayers dollars and manpower hours  are inexcusable."