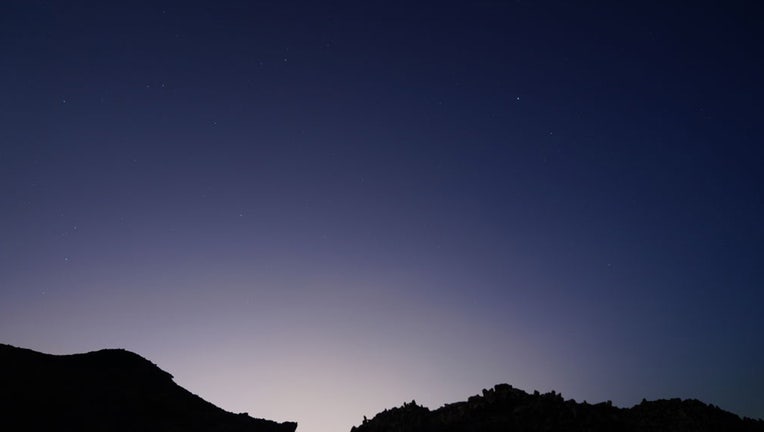 See all seven planets in the sky at the same time for the next few nights.

If you missed your chance to see this amazing celestial event back in June, don’t fret, because you’ll get your second chance to witness it beginning tonight and into the next few days.

All seven planets will be visible to either the naked eye or with the help of binoculars for the next few nights, according to Rick Fienberg, senior contributing editor for Sky & Telescope and a senior advisor to the American Astronomical Society.

When can you see the planets?

The best time to view all seven planets will be just after the sun sets.

"To see all seven planets, you’ll need a good (low, clear) western horizon, since Mercury and Venus are visible only for a while after sunset, as they sink toward the horizon," Fienberg told FOX TV Stations.

But if you are not having the best weather and clear skies aren’t in your forecast, you can also enjoy a livestream view of the planets on Virtual Telescope’s website beginning at 11 a.m. ET today.

This celestial miracle will last from Dec. 28 through the end of the year. 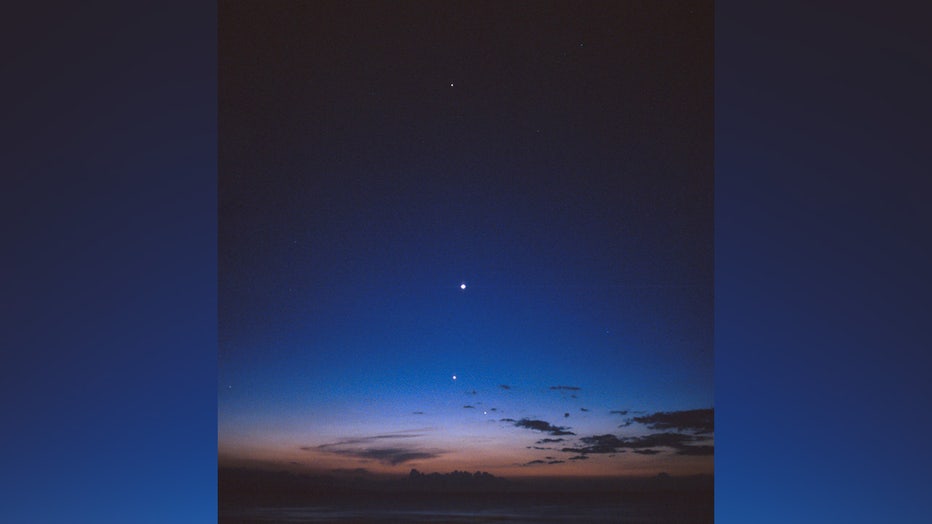 FILE - (1999) Mercury, closest to the horizon and immersed in fading sunlight, is easily visible between silhouetted clouds. To the left and up in the deepening blue is Jupiter with a brilliant Venus above and Saturn shining in the darkened sky near (Rick Scott via NASA)

What will you need?

Mercury, Venus, Mars, Jupiter and Saturn will all be visible with the naked eye, although binoculars are always welcome.

And, since Mercury tends to be a little more difficult to spot since it's so small and far, binoculars are a must in order to view the swift planet.

"Jupiter and Mars are extremely bright — brighter than any star — and higher in the sky, so they should be easy to spot," Fienberg said.

For Uranus and Neptune, skygazers will definitely need binoculars but a telescope is probably the best way to truly appreciate these blue heavenly wonders.

If you want to get a good view of Neptune, it’s best to look "from eastern Aquarius below the Circlet of Pisces asterism just 7.5 degrees southwest of brilliant Jupiter," Sky & Telescope suggests.

Uranus is situated just 45 degrees east of Jupiter in the constellation of Aries.