NEW YORK - The National Weather Service has confirmed the touchdowns of two more tornadoes on Long Island during Saturday's powerful storm system, bringing the total number of twisters to six on Long Island and three in Connecticut.

One tornado hit North Bellport and the other hit Hampton Bays in Suffolk County, according to a storm survey team from the National Weather Service office in Upton, New York. Both were rated EF0, which is the weakest tornado category.

The first newly confirmed tornado appears to have touched down among some pine trees south of Sunrise Highway near Bellport Avenue, shearing off tree limbs and snapping tree trunks, according to a damage report. It then cut a path about 35 yards wide for about 1.2 miles, tracking northeast across Sunrise Highway to the Brookhaven landfill.

"In this process it flattened the Sunrise Highway Exit 56 sign, on the westbound side of Sunrise Highway just to the east of the Station Road off ramp," NWS said in its report. "This approximate location corresponds to a public video showing a condensation funnel and considerable tree debris moving northeast across Sunrise Highway."

The tornado moved across the landfill, damaging the roof of the Brookhaven Recycling Center and blowing out its north-facing garage doors. 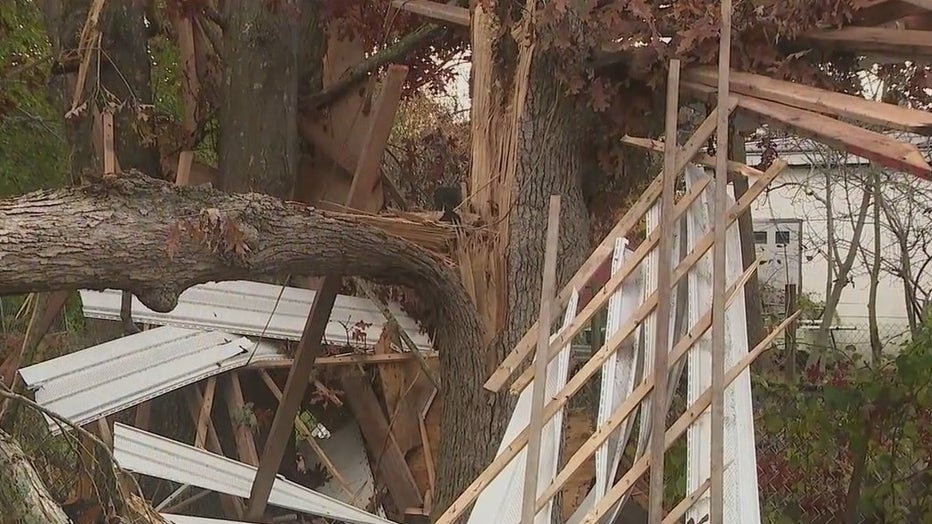 "The south side of the recycling center is always wide open, likely allowing for south to southwest winds around the tornadic circulation to enter the building and cause the extensive roof and garage damage," the NWS report said.

This tornado unleashed winds of speeds between 70 mph and 85 mph, the NWS said.

The other newly confirmed tornado touched down in Hampton Bays and cut a path to North Sea, according to the storm survey team.

"The NWS would like to thank Suffolk County Fire Rescue and Emergency Services in assisting in the survey and helping formulate this preliminary damage assessment," NWS said in a statement. "Additional details on the storm damage associated with this tornado will be updated on Wednesday."

Ross Dickman, a National Weather Service meteorologist in charge, told FOX 5 NY earlier this week that these are "highly unusual weather events" for this time of year. 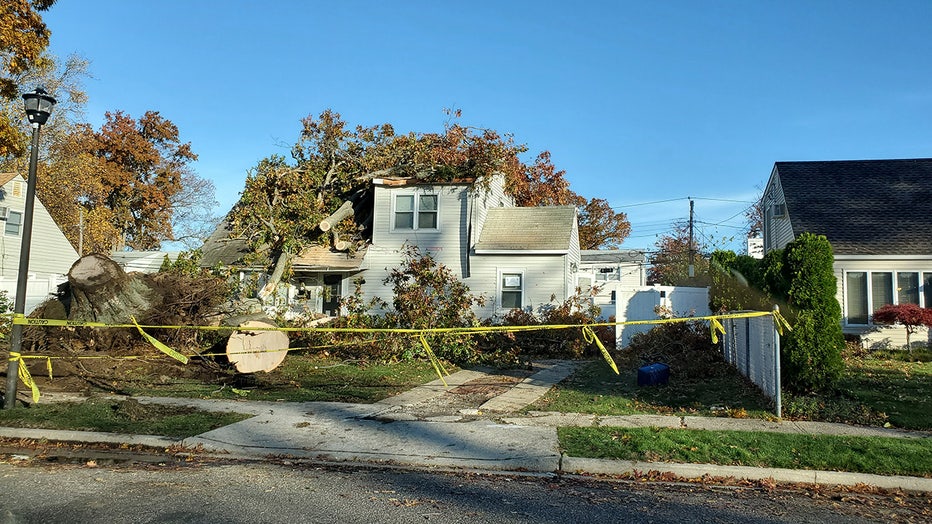