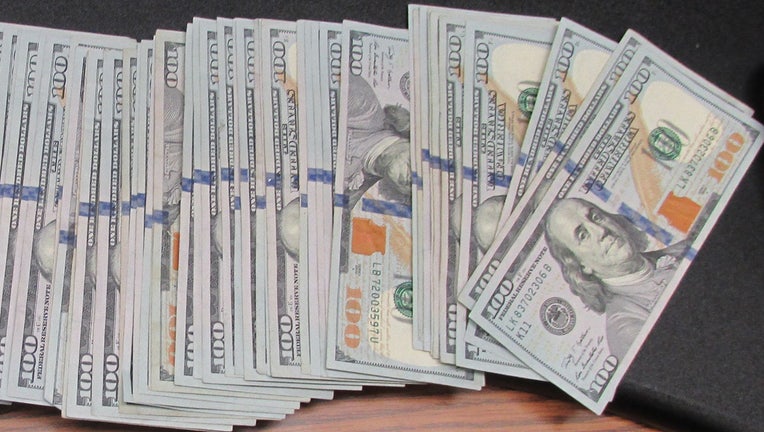 Some of the cash recovered by the Suffolk County Police Department is displayed in a handout photo.

NEW YORK - Police on Long Island were able to recover thousands of dollars scammed from an elderly man from New Mexico.

The Suffolk County Police Financial Crimes Unit detectives say that a 75-year-old Bernalillo, New Mexico man shipped $8,500 in cash to a home in the Village of Southampton.

The victim thought that he was a lottery winner and the money would pay fees for him to collect his prize.

Police waited at the location after the package was delivered at approximately 9:30 a.m. on February 9 but no one responded to the home to retrieve it.

Detectives are asking anyone who believes they may be a victim of a scam or have information about a scam to call the Financial Crimes Unit at 631-852-6821.