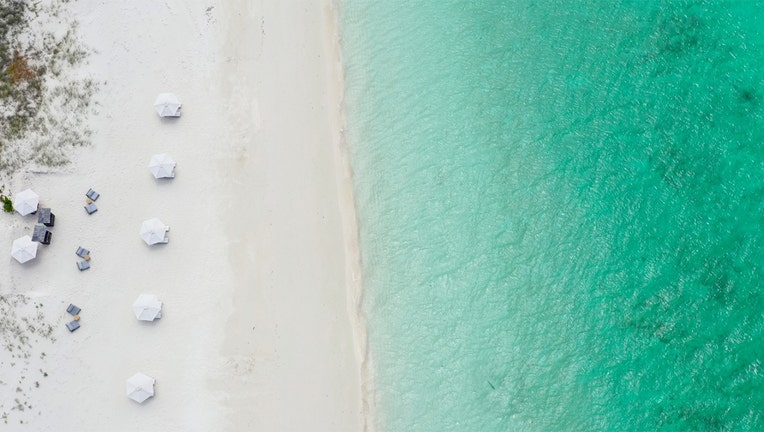 NEW YORK - A newly married couple from New York drowned on their honeymoon at a Caribbean resort, family members said.

Corporate attorney Mohammad Malik, 35, and his bride, Dr. Noor Shah, 29, were swimming near their Turks and Caicos Islands resort on Oct. 28 when they were pulled under by strong riptides, R. Maqbool Malik, the groom’s father, told Newsday.

Witnesses pulled the couple from the water and performed CPR, but they died at the scene, the bereaved father said.

The pair had married four days earlier in East Meadow on Long Island.

"It’s a devastating loss,” Malik said. “This is a shock beyond belief. And it’s a tragedy of different dimensions when you have to lay two children to rest in a joint funeral.”

Mohammad Malik's firm issued a statement saying:  "They were both shining lights who touched everyone who had the benefit of knowing them. Mohammad was a humble, bright and talented attorney and a truly kind and gentle soul. Mohammad always strove to live life to the fullest and to appreciate the richness of human experience. We deeply mourn this incomprehensible loss of exceptional members of our Olshan family. They will be deeply missed."

A spokesperson for the U.S. State Department confirmed the deaths.

Malik's father criticized the resort, Como Parrot Cay, for failing to post warning signs about potentially dangerous riptides. An email seeking comment was sent to representatives for the resort.