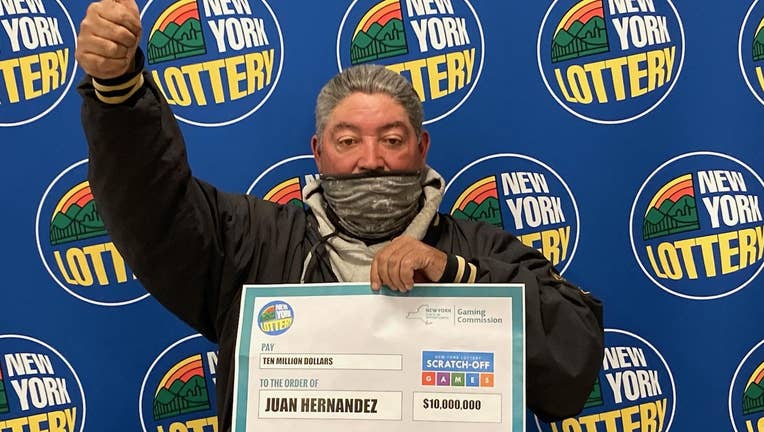 A Long Island man has won a $10M lottery for the second time.

Hernandez bought his second winning ticket at a Stop & Stop located at 150 Fulton Avenue in Hempstead.

There are currently three top prizes left on the $10,000,000 Deluxe ticket, officials said. Players can check the status of any New York Lottery Scratch-off game by downloading the Game Report on nylottery.ny.gov.