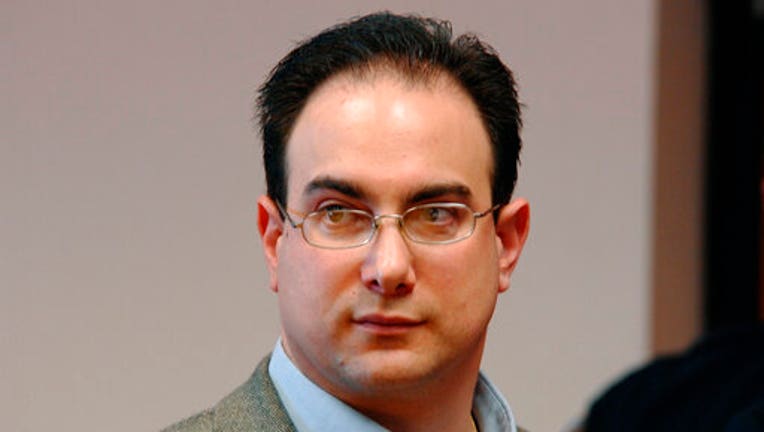 FILE - In a Friday, Jan. 18, 2008 file photo, Martin Tankleff waits at the Suffolk County court for the hearing to begin in Riverhead, NY. Tankleff spent 17 years in prison for the 1988 murders of his parents in Long Island before his conviction was

GARDEN CITY, N.Y. (AP) — A New York man who spent 17 years in prison for the murders of his parents before his conviction was thrown out is expected to be sworn in as a lawyer on Wednesday.

Martin Tankleff is scheduled to be admitted to the New York State bar, making him one of a small number of exonerees practicing law in the state, Newsday reported.

Barry Scheck, co-founder of the Innocence Project, said Tankleff passed the bar exam in 2017 but faced a long approval process for admittance to the bar. Tankleff graduated from Touro Law Center in Central Islip in 2014. He has taught at both Touro and Georgetown University and worked as a paralegal at a law firm in Manhattan.

“Part of me wants to help educate the legal system to the pitfalls, to prevent wrongful convictions -- what things to be wary of and what to look for," he said.

Tankleff's parents were bludgeoned and stabbed in their waterfront home in 1988 in Belle Terre, on Long Island. Police said he confessed to the crime after a detective falsely told him his father had awakened from a coma and implicated him. Tankleff, who was 17 at the time of his parents' deaths, quickly recanted and refused to sign a written statement police had prepared.

An appellate court overturned his conviction in 2007. He was awarded a $10 million settlement in 2018 following a federal court lawsuit against Suffolk County.