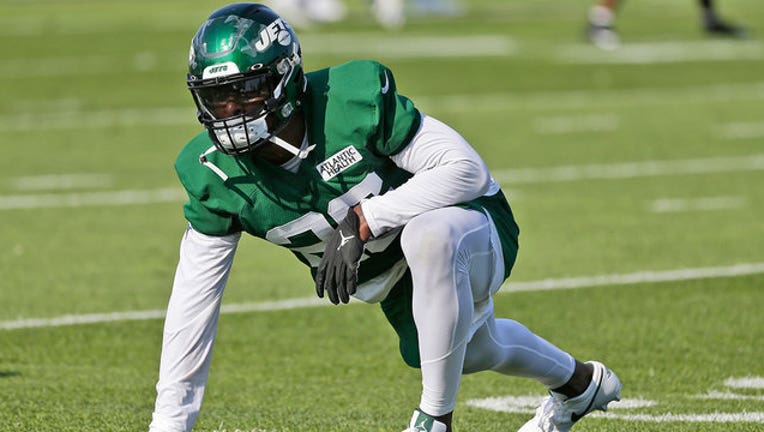 The star running back will make his debut for the New York Jets on Sunday in the season opener against the Buffalo Bills. And, he's looking to pick up right where he left off 20 months ago.

"I can't even explain it, bro," Bell said Wednesday. "It's been a long time since I played football. A lot of people are excited to watch me play. Just quadruple that. That's how excited I am to play."

A lot has happened since Bell's previous appearance in a game that counted - back on Jan. 14, 2018, with Pittsburgh in the playoffs.

He sat out all last season in a contract dispute, became a free agent, signed a four-year, $52.5 million deal with the Jets in offseason and then went through the preseason without taking a snap in a game. So, when he takes the field for New York at MetLife Stadium, Bell wants to hit the ground running.

"I can't predict how many plays we're going to have, but I will say this: When I spoke to him (Tuesday), he said, 'Don't hold back,'" coach Adam Gase said. "So, he feels like he's ready to go and I think he's pretty excited to get out there."

"I could carry 50 times if they ask me to," Bell said. "When I said, 'Don't hold back,' I mean literally that. I don't want to go out here and (they) try to sprinkle me in or things like that. I'm ready to play football. I've been waiting a long time for this moment."

When everyone most recently saw Bell in a game, he was perhaps the most versatile running back in the NFL. His 312 receptions since he entered the league in 2013 lead all running backs during that span. And, he ranks second with 7,996 yards from scrimmage.

Even though he missed an entire season.

Bell's presence as a dual threat out of the backfield is evident particularly in one eye-popping stat: His 129 yards from scrimmage per game is the highest average in NFL history among players with at least 50 games played.

"He can do everything, man," said safety Jamal Adams, who openly recruited Bell to join the Jets in the offseason. "I strongly believe he changed the game, as far as running backs, with his stop and his acceleration, to stop on a dime, to have patience in the backfield, letting his backs clear, let his pulls clear.

"And, not only that, he can block and he can catch the ball. He's a hell of a teammate."

Bell knows all eyes will be on him Sunday, with fans eager to see if he's still that dynamic, dominant player who could change a game on one carry.

There have been plenty of skeptics along the way, wondering how the 27-year-old Bell could possibly be the same after such a lengthy layoff. Bell is aware of all that, and says it's "kind of human nature" for people to have their doubts. But, he's not concerned about any of that.

Bell can count his coach as a believer.

Gase raved all through training camp about how Bell is "football smart" and quickly picked up the playbook. Although Bell worked out on his own in Florida during the team's offseason workouts, he was in great shape for training camp and participated in every practice.

Gase said he has never coached a running back with as much talent as Bell - "not even close" - and is fired up about having him in his offense.

"I love it," Gase said. "It's going to be fun. It's one thing to call plays at practice, but to know that you have him back there and then possibly going back and watching some Pittsburgh tape just to remind ourselves who that is back there, it's a good feeling."

As far as Bell is concerned, that guy never left.

Sure, he's on a new team in new colors and in a new city. But, with the same fire he had 20 months ago.

"Obviously, there's going to be a lot of butterflies, anxiety and nerves," Bell acknowledged. "All types of things are going to be hitting me before I hit the field. But when I get out there, when we run that first play, it's going to be gone.

"I'll be ready to play football."