VENICE, Fla. - Chris and Roberta Laundrie wanted to avoid the "emotional distress and embarrassment" of testifying in a civil trial, where they would face the parents of the young woman their son is believed to have killed.

A judge ruled Tuesday they won’t get their wish.

The parents of Gabby Petito, the young woman who disappeared during a cross-country trip with her fiancé Brian Laundrie and was later found dead in a national park, filed a lawsuit against Brian’s parents. Gabby’s parents claim that after Brian returned his parents’ home in Venice -- without Gabby but driving her van -- Brian told his parents what happened, and his parents kept it secret. 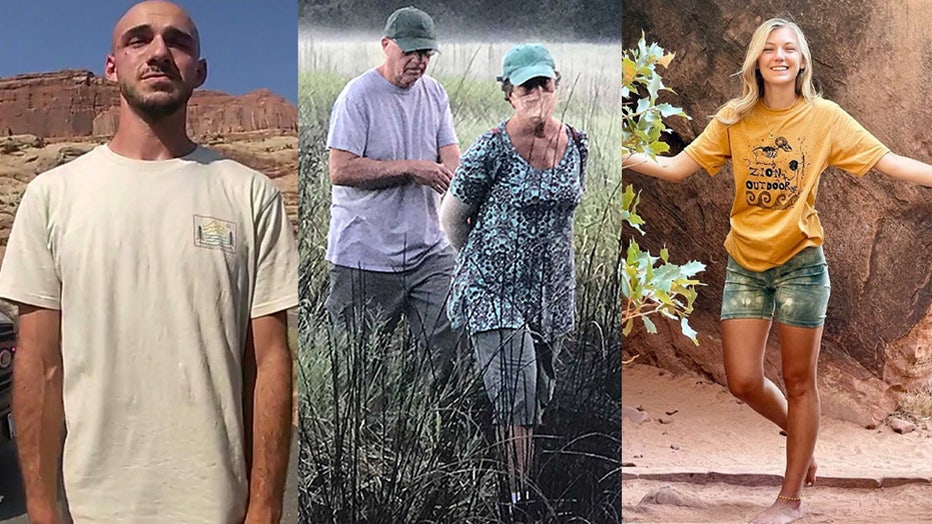 Gabby’s parents, Joseph Petito and Nichole Schmidt, gained international attention for their missing daughter in the time between Gabby’s disappearance and the discovery of her body. They now say Brian’s parents knew what happened to Gabby and could have helped Gabby’s family avoid some of the distress they suffered by telling officials what they knew.

New video was released in the Utah incident involving Gabby Petito and Brian Laundrie, which adds more context to an investigation into Petito's death.

During a hearing Tuesday, the Laundries’ attorney, Matt Luka, asked the judge to limit the scope of his clients’ depositions in the upcoming jury trial. He said he wants to avoid unnecessary questioning that could be used against the Laundries in other ways.

Brian Laundrie's father arrives at the Myakkahatchee Creek Environmental Park, where the search continues for Brian.

"This is not a moment for somebody to create fodder for online media reports or to make a movie or something like that, that’s not the purpose of this deposition it’s to uncover facts that are relevant to the deposition," Luka said.

Chris and Roberta Laundrie wanted to avoid the "emotional distress and embarrassment" of testifying in a civil trial, where they would face the parents of the young woman their son is believed to have killed. A judge ruled Tuesday they won’t get their wish.

Gabby Petito’s family attorney, Patrick Reilly said, in his opinion, the Laundries’ attempt to limit their own testimony is another example of their desire only to protect themselves.

"I don’t think that the fact that these questions are difficult for them and might embarrass them and cause them distress matters. That’s what litigation is all about. It happens," Reilly said. 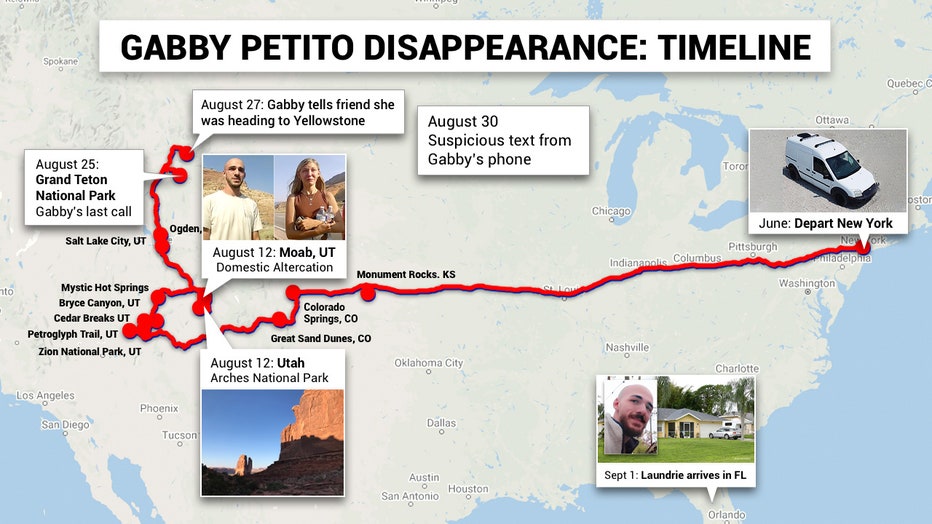 The family of Gabby Petito said they suffered the same, but unnecessarily.

Gabby Petito's parents and stepparents announced their intention to file a new wrongful death law lawsuit against police in Moab, Utah. Officers had responded to a domestic violence call involving Brian Laundrie and Gabby Petito two weeks before she was last seen alive. Attorneys for the Petito family say they plan to release evidence showing the officers were not properly trained and did not follow the law.

Joseph Petito and Nichole Schmidt said in their lawsuit against the Laundries that, instead of helping them find Gabby during the time she was thought to be missing, the Laundries covered up what their son had done, and then worked to help Brian evade authorities.

Gabby’s family alerted authorities around August 27, 2021, that their daughter, who had been traveling across the country in her van with Brian, was missing. Between the day they reported Gabby missing and September 19, 2021 – the day Gabby’s remains were found in Grand Teton National Park – her parents say Chris and Roberta Laundrie found out their son was responsible for Gabby’s death and knew where her body was located, but withheld the information.

The parents of Gabby Petito described in heartbreaking detail the moments when they heard the news that their daughter’s remains were believed to have been found in Wyoming after she had been missing for weeks, and say they believe her fiancé, Brian Laundrie, is still alive.

Brian was named a person of interest by the FBI in Gabby’s disappearance, but then he went missing, too.

His remains were later found in the Myakkahatchee Creek nature preserve, near the Laundries’ home.

Joesph Petito and Nichole Schmidt say the Laundries knew where Brian was and helped him evade capture.

Brian Laundrie’s parents emerged from their North Port, Florida, home late Sunday night to clear their front lawn of white laundry bins and a tribute poster dedicated to Gabby Petito, according to an exclusive video obtained by Fox News.

Now they will have to face questions under oath about what they knew and when they knew it.

The Laundries’ motion for a protective order to limit questioning to the period between August 27 and September 19, 2021, was denied. Judge Hunter Carroll said the case will be treated like any other and scrutiny in the media and public eye is no special exception.

The jury trial is scheduled for August 2023.