Settlement over Vegas shooting worth up to $800M

Hundreds of lawsuits have been filed against the owner of the Mandalay Bay resort where the gunman opened fire into an outdoor concert on Oct. 1, 2017.

LAS VEGAS - A court on Wednesday approved a total of $800 million in payouts from casino company MGM Resorts International and its insurers to more than 4,400 relatives and victims of the Las Vegas Strip shooting that was the deadliest in recent U.S. history.

RELATED: 'I felt safe with him': Woman marries man who saved her in Las Vegas mass shooting

Authorities said more than 22,000 people were attending an outdoor country music festival when a gunman firing from windows on the 32nd floor of the Mandalay Bay rained rapid-fire bullets into the crowd. 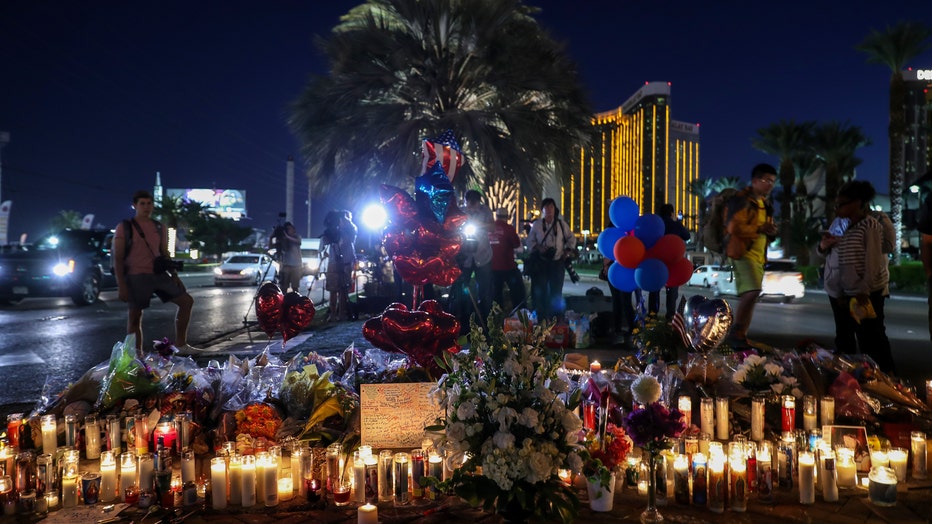 People light candles, place figures and flowers at a makeshift memorial set up along the Las Vegas Strip for the Las Vegas mass shooting victims, who lost their lives after a gunman attack, on October 5, 2017 in Las Vegas, Nevada

MGM Resorts, owner of the Mandalay Bay and the concert venue, acknowledged no liability. It will pay $49 million, while its insurance companies will pay $751 million.

Attorney Robert Eglet, the plaintiffs’ lawyer who spent a year arranging details, said amounts to be disbursed will be determined by two retired judges and he’s hopeful that payments will begin going out by the end of the year.

“There’ve been no objections and we expect no appeals,” Eglet told The Associated Press. “We’ll send out notices of the order. After 30 days, the $800 million will be deposited.”