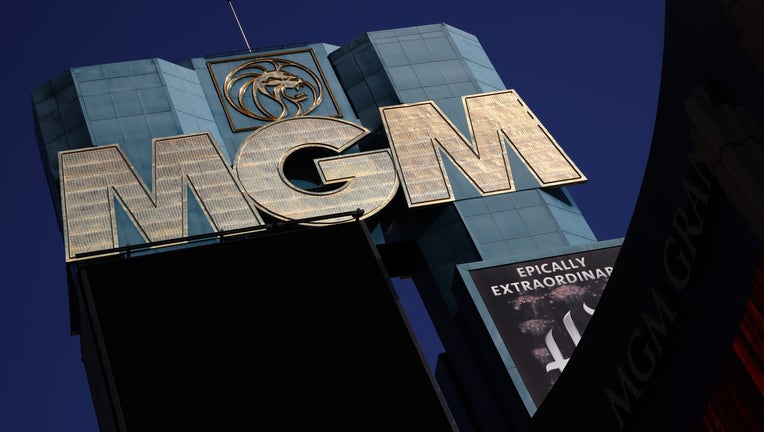 MGM Resorts International announced the moves as President Donald Trump declared a national emergency, and less than 24 hours after Gov. Steve Sisolak declared a state of emergency in Nevada while hinting he may consider banning mass gatherings as other governors have done.

Officials at University of Nevada campuses in Reno and Las Vegas responded by canceling on-campus instruction. They'll go to online-only classes when students return from Spring Break on March 23.

Health officials in Las Vegas announced eight more people had tested positive for the virus in Clark County. New cases include a man in his 20s who is a close contact of another person with a confirmed case. He is being monitored at home.

Two women over age 40 are hospitalized; one in good condition, one stable, the health district said. They bring to four the number of people hospitalized with the virus in southern Nevada.

In Reno, Washoe County reported one new case — a woman who traveled recently to Europe.

In all, authorities report 20 positive tests statewide. No deaths have been reported.

The goal of authorities is to slow the virus spread to avoid overwhelming hospitals with those sickened by an illness that no one in the world has immunity to. Worldwide, 137,000 people have been infected and more than 5,000 have died, but half of those who had the virus have already recovered.

Most patients have mild or moderate symptoms such as a fever or cold, but severe symptoms including pneumonia can occur, especially in the elderly and people with existing health problems.

MGM Resorts, the first casino operator this week to announce it was temporarily closing its buffet restaurants, announced Friday it was closing day clubs and night clubs. Casino clubs have for more than a decade featured packed dance floors awash with electronic dance music and laser light shows into early hours of the morning. Day clubs and beach clubs draw big crowds to sun-splashed hotel pool parties with DJs, drinks and more.

Hours later, the company said it would also close spas, salons and fitness centers temporarily, starting Monday. The company did not immediately respond to an emailed inquiry asking what would happen to workers in those spaces.

Wynn Resorts on Thursday said it too was closing its all-you-can-eat buffets, along with any other large entertainment gatherings such as nightclubs and theater shows.

Wynn Resorts, which operates the Wynn and Encore resorts on the Las Vegas Strip, announced it will set up thermal cameras at entrances to its buildings to screen for anyone running a fever.

The company said in a statement its “non-invasive” thermal cameras would allow it to flag any resort guest or staff member registering a temperature of 100.4 degrees Fahrenheit (38 degrees Celsius) or higher. It said those people will be “discretely informed” by security guards and won’t be allowed to remain in the property.

The governor said Thursday night he formed a task force to provide recommendations on social distances and whether to ban gatherings above a certain size.

But in lieu of a statewide rule, local governments stepped in and issued their own restrictions.

Clark County announced it was canceling all Parks and Recreation events that were expected to be attended by more than 250 people. The city of North Las Vegas announced a similar move, canceling all large, city-run events.