A jury convicted Maria Hrynenko, plumber Athanasios Ioannidis, and Dilber Kukic of manslaughter, assault, and other charges in connection with a deadly gas explosion that rocked two buildings in Manhattan four years ago. Reported by Antwan Lewis

NEW YORK - Three people have been found guilty in connection with a deadly gas explosion that rocked two buildings in Manhattan four years ago.

Prosecutors said they were responsible for constructing an illegal gas line in a building that Hrynenko owned on Second Avenue and East 7th Street. On March 26, 2015, that gas line exploded, destroying two buildings.

"As construction and development continues to boom, today's guilty verdict puts property owners, contractors, and managers on notice: my office will pursue criminal charges against those who place expediency and financial gain over life and limb," Manhattan DA Cyrus Vance Jr. said in a statement, calling the verdict a "big win for public safety." 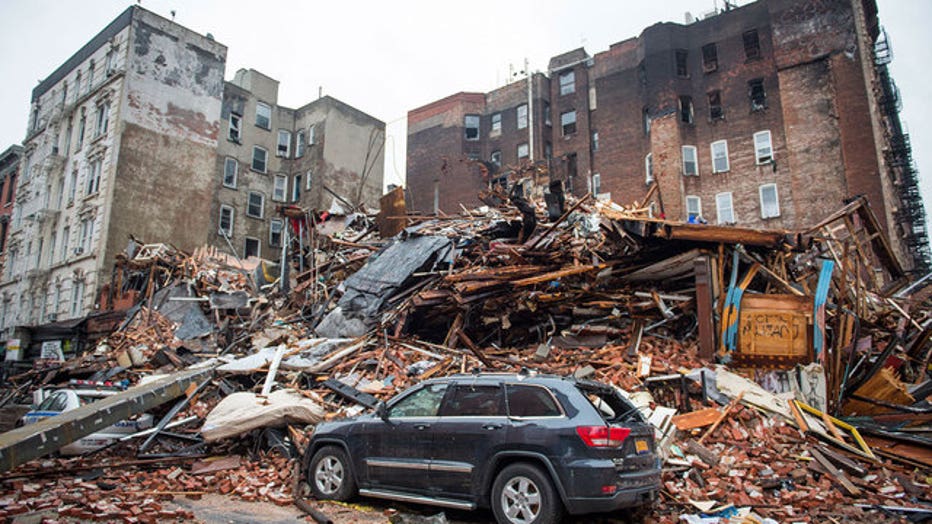 A pile of debris remains at the site of a building explosion in the East Village neighborhood of New York, March 27, 2015. (The New York Times via AP pool file)

The explosion killed Nicholas Figueroa, 23, and Moises Locon, 26, and seriously injured 13 other people inside and near a Japanese restaurant located on the ground floor of Hrynenko's building. Figueroa was having lunch at the restaurant, called Sushi Park, and Locon worked there as a busboy.

In his statement, Vance said Figueroa and Locon's families demonstrated "strength and resilience" during the trial.

"While today's result will not bring these young New Yorkers back, I hope the Figeuroa and Locon families take a measure of comfort in knowing that this case will change the way that landlords and contractors do business in New York," Vance said. 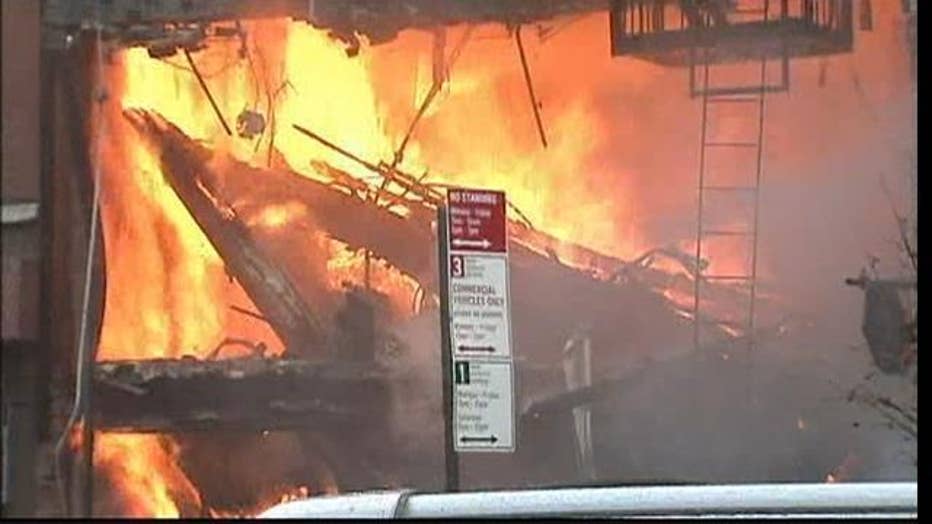 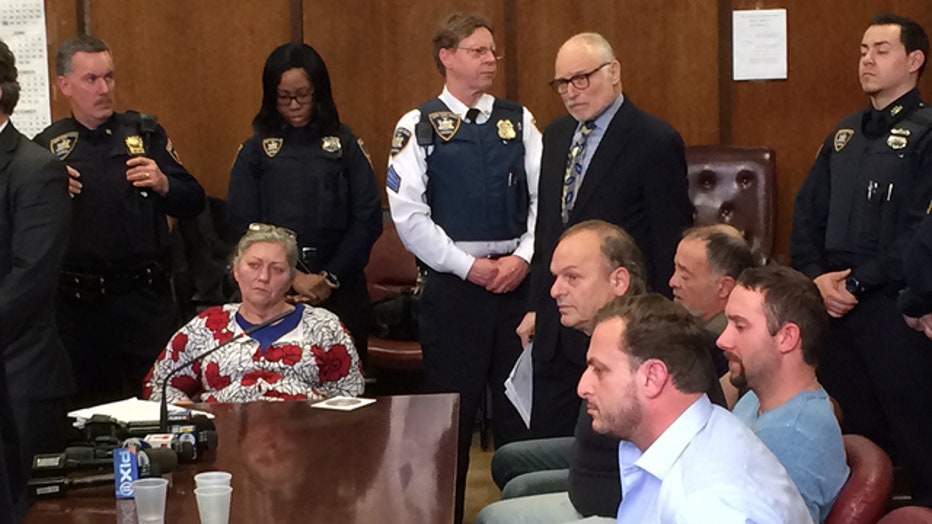